French government order operators to give them more control over 5G 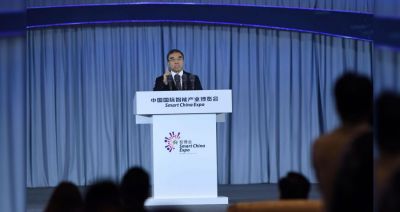 The French government has announced that it will be instructing operators to allow them more oversight and control in relation to the rollout of 5G networks due to increased security concerns.

The decision by the French government comes on the back of speculation that a number of Western nations are considering banning Chinese telecommunications vendor Huawei from bidding on contracts for 5G deployment, amidst fears that Beijing would be able to gain access to sensitive communications and infrastructure.

Huawei should be the go-to vendor for operators globally, as it is well-ahead of its European rivals Nokia and Ericsson in relation to 5G equipment. However, Washington are lobbying its allies to prevent the Chinese telecommunications behemoth from being involved in their 5G networks as US intelligence agencies have deemed them a serious threat to domestic security.

Guillaume Poupard, head of France's national cybersecurity agency ANSSI, said a new law could be drafted in the forthcoming number of months in an effort to ‘toughen and extend’ authorization requirements in order to be sure we control the entire 5G network.

However, he insisted that approvals would not be refused "because of a company's image, or its country of origin".

Huawei’s chairman Liang Hua told reporters at the World Economic Forum in Davos, Switzerland, that it would pull out of partnerships in hostile countries.

Liang said, “We do not pose a threat to a future digital society. The United States has not yet put forward any evidence to justify its claim that Huawei’s equipment could serve as a Trojan horse for Beijing's security apparatus.”