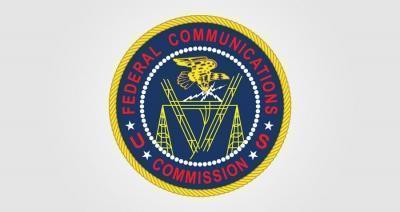 US regulator, the Federal Communications Commission (FCC) have pledged that they will not ‘deny Americans free data’ following the conclusion of an investigation into zero-rated data programs which have been offered by the country’s leading operators.

The commission concluded their investigation into the data programs and decided not to take any action – citing that the ‘free-data’ plans offered by telecom operators such as AT&T, Verizon and T-Mobile US have enhanced competition in the country’s mobile market and have proved extremely popular amongst consumers.

In a statement issued by the new chairman of the FCC, Ajit Pai, he said: “Going forward, the Federal Communications Commission will not focus on denying Americans free data.”

That stance is the latest indicator that the new FCC chairman is set to remove the country’s net neutrality rules which were imposed by the previous administration. In the aftermath of President Trump’s election in November, he declared that the regulation’s days were numbered.

Last year, the FCC commissioner Tom Wheeler launched an investigation into zero-rated services which enabled US consumers to stream video content from applications without it counting against data caps. Net neutrality laws prohibit providers from offering a better quality of service to certain online content at the expense of other services, and due to this the FCC decided to embark upon an investigation in which looked at zero-rated offerings on a case-by-case basis.

One of Wheeler’s final acts as commissioner of the FCC was to issue letters to AT&T and Verizon in which he warned operators that their zero-rated offers violated net neutrality rules and harmed competition.

It was disclosed further what the contents of the letter contained – it said that AT&T, through its ‘Sponsored Data’ program had offered third party providers less favorable terms and conditions than those it offers its affiliate DirecTV.

It echoed similar concerns of Verizon’s FreeBee Data 360, which offers mobile video through its Go90 video platform. However, with Pai’s latest move both companies are free to continue offering their respective services.

AT&T issued a statement following the close of the investigation by the FCC and declared the decision a ‘win for millions of customers’.