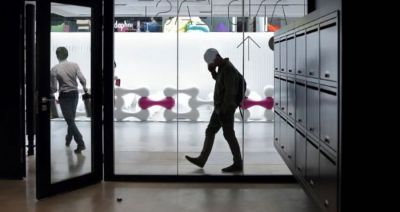 European mobile operators have blasted the decision by the EU to place a price cap on intra-EU phone calls. The decision has been hailed by MEPs as a victory for Brussels, but critics of the decision have labelled it a populist stunt and a political smokescreen.

European operators said the decision was being used to deflect attention away from the failure by politicians in Brussels to agree on far more critical measures that are required to be implemented in order to facilitate the much-needed investment for 5G and other high-tech innovations.

Telecoms lobbying group ETNO said the European Commission had missed a ‘once in a decade’ opportunity. In a statement released to the press, ETNO said, “The main aim of the original proposal by the European Commission was to significantly improve the investment climate for rolling out new networks and to empower users of all communication service. This ‘once in a decade’ opportunity has been missed.”

This latest decision by the EC comes just twelve months after the ‘free roaming’ revolution which allowed Europeans to be charged the same amount to call, text, or use the internet when travelling in other EU nations as they would be at home.

In the latest measure, it has been disclosed that mobile or fixed-line phone calls from an EU home country to another bloc member will now be capped at 19 euro cents ($0.22) per minute and six cents per text message.

MEP, Pilar Del Castillo, who negotiated on behalf of the European Parliament, expressed his delight that the decision to put a price cap on calls was rubberstamped - and said companies should not be allowed to charge excessive fees to users when making calls to other EU member states.

He said, “We agree that companies cannot charge excessive fees to users when they call or send an SMS from their home country via mobiles or landlines to another EU Member State.  The cap came after 12 hours of talks between the EU Bulgarian Presidency, the European Commission and the European Parliament and will now need signing off by the bloc's 28 member states.

But the limit, which was part of a wide-ranging telecoms package, comes as an increasing share of inter-EU communication takes place via mobile apps such as WhatsApp, iMessage or Skype.