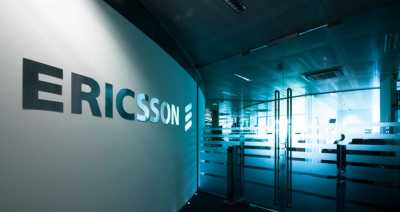 Ericsson is set to reduce more staff following the disclosure of its financial results for Q2 in 2017. The company has confirmed it will axe staff, although it didn’t speculate how many jobs were at risk, in addition to this it will also reduce its real estate footprint as part of its efforts to make $1.2 billion in cuts.

Ericsson remains in the red following the publication of its Q2 financial performance, and alarmingly indicates a 164% year-on-year decline in net income. However, Ericsson CFO, Carl Mellander, has claimed that the latest round of cuts is part of its strategy to make ‘real efficiency gains’ adding that the savings will enable them to address ‘underperforming parts of the business’.

Ericsson CFO also declined to identify which locations are likely to be effected by the cutbacks, but conceded that it was highly likely that the changes proposed will be implemented and executed internally in a quick fashion. The financial spreadsheet makes grim reading for the Swedish telco, net sales are down 8% year-on-year to SEK 49.9 billion, and its bottom line swung from a SEK1.6 billion profit in Q2 in 2016, to a loss of SEK1 billion for the same period this year.

Ericsson highlighted a number of contributory factors as to why it had endured such a poor financial performance, but stressed that the biggest issue was the faster than expected decline of the overall RAN (Radio Access Network) led by the reduction in demand from China and India. Industry analysts are predicted that the decline in the RAN market will accelerate even more in 2017.

Ericsson has made a number of decisions in recent years in an attempt to halt its slide, but none of these measures introduced have been unable to have the desired effect required. Following its Q1 results earlier this year, the firm pointed to ongoing restructuring programs as a reason for losses.

Ericsson’s new strategy includes focusing on the company’s core telecommunications sector, whilst also attempting to reduce the impact of under-performing units and reviewing long-running unprofitable contracts. Mellander has claimed that he doesn’t expect to see a tangible impact from its rollout of 5G technologies and services to its bottom line until 2019, citing that LTE still had a ‘lot to give’ as operators are faced with the continually requirements to increase capacity on their network.

The CFO said, “There are huge sections of the population not covered by 4G, so I think a lot will happen there. The 4G technology being brought in now is geared towards 5G evolution. Short-term I don’t want to be overly optimistic – we are seeing a decline in the market which is a bit larger than we thought – but longer-term we want to double our profitability beyond 2018.”