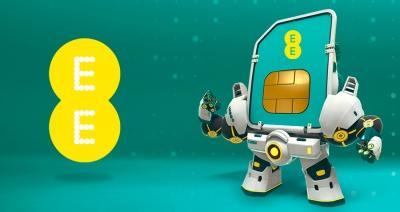 U.K.-based operator EE has announced plans to bring 4G to 95 percent of the entire United Kingdom landmass by 2020, in addition to relocating its customer services to the U.K. and Ireland. The network also plans to switch on high-speed 4G in the Shetland Islands (archipelago in Scotland) and the Isles of Scilly (archipelago in England).

EE chief executive, Marc Allera, spoke to the BBC about how customers expected to be able to access the internet wherever they were, even in sparse regions across the Kingdom. 4G coverage is currently measured as a percentage of the population as opposed to geographically. As such, mobile networks most often focus on areas of the U.K. where a lot of people live rather than extending geographical reach of their services.

“The Isle of Scilly have 2,000 residents but 200,000 visitors,” Allera told BBC. “Increasingly, the expectations from customers are that they can get access to the internet wherever they go.” His ambition for EE is for 4G to go beyond the U.K. government’s target for operators which are to provide voice and text coverage to 90 percent of the Kingdom by 2017.

As an industry, Allera feels that every area of the U.K. should be 4G-covered. He also believes that the increased demand for 4G could help mobile networks to address public opposition to infrastructure needs such as increased transmitters, to enable effective 4G services.

“The barriers we need to overcome are around how fast and easy we can get access to these sites (where the masts can be built), and also how we ensure we don’t have landlords who can charge ransom rates which make it prohibitive for us to put in a solution,” Allera said. “We’re working on those reforms, but we can’t do this by ourselves.”

Allera mentioned that EE is working with the U.K. government to “tackle the issue.” Matthew Howett, Ovum analyst, believes reforms are “vital” to the success of the strategy that Allera has proposed. “Unless the government takes a lead on ensuring fair and reasonable access and site rentals, EE hopes for 95 percent coverage will be fraught with difficulty,” said Howett.

Adding to its strategy, EE also reportedly plans to bring all its customer services operations back to the U.K. and Ireland by the end of the year, that are currently spread overseas, which Marc Allera says is a “big investment,” further adding: “People look at off-shoring as reducing costs, but when you look at the added cost of unhappy customers, actually this isn’t going to be an enormous incremental cost.”