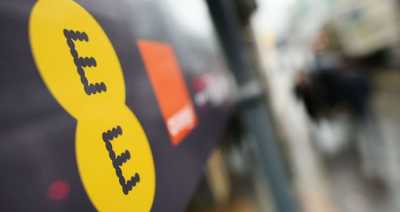 UK telecommunications incumbent EE has threatened Ofcom with legal action if it doesn’t reverse its decision to set a spectrum cap on forthcoming 4G and 5G auctions. EE has been backed by rivals O2 UK as the fallout from the decision shows no signs of abating.

The UK regulator announced in July that it intended to impose a cap of 340MHz on all operators for spectrum expected to be usable by 2020, which was proposed in an effort to reduce the share held by EE, which is the country’s largest asset holder, and its parent company BT.

At the time of Ofcom’s announcement, both 02 UK and 3 UK expressed that the measures proposed fell short in their expectations, whilst EE believed the strategy was ‘unnecessary’. In addition to this, it was disclosed earlier this month that 3 were preparing to initiate a legal challenge, stressing that the regulator had failed to address competition concerns raised by the operator.

3 UK has been a long-term critic of the division of spectrum in the UK, and has vehemently opposed the current policy approach in relation to spectrum allocation. It has previously threatened legal action if Ofcom refused to address the market dominance currently enjoyed by both BT and Vodafone with its auction rules.

Analysts have now predicted that with legal challenges now likely, the 4G and 5G auctions for spectrum which were due to take place at the end of 2017, it will now be delayed until the issues raised have been resolved either through dialogue between Ofcom and the operator or through the courts. EE accepted the regulators decision on 4G, but stressed it wanted to be able to participate in the auction for the most of up-to-date 5G spectrum.

A spokesman for EE said it was reluctant to take legal action, but feels it has no other option to do so, citing that it had an obligation to protect its customers’ mobile experience. The EE representative said, “In response to 3’s action, we have made the difficult decision to challenge the proposed structure of the next auction of mobile spectrum. We need to protect our customers’ mobile experience, and help build the platform for the UK to have the highest quality 5G networks.”

Reports in The Financial Times suggest that Ofcom have declared that any legal action will put the future of mobile data at risk – and issued a warning that it could potentially have a knock-on effect on the rollout of 5G services.

O2 CEO Mark Evans declared that legal action would inevitably delay the auction, and criticized the approach that has been taken.  The CEO said, “Legal action will inevitably cause delay to the auction and gives no thought to the impact and harm this will have to UK customers, companies and economic growth. This country desperately needs more mobile airwaves. It is possible to hold the 2.3GHz auction now and grant immediate access to the newly-available spectrum. Ofcom can and must act,” he added.