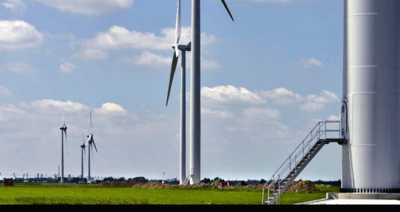 Dutch telecommunications company KPN has been recognized as an “industry leader” in the telecommunications category of the Dow Jones Sustainability Index. The independent experts consider KPN the most sustainable telecom company in the world as it outranks all others in the index.

The Dow Jones Sustainability Index, which was introduced in 1999, gives the sustainability scores of the world’s largest 2,500 publicly traded companies and is divided into sectors. The ranking is based on economic, societal and environmental performance.

KPN scored well for its climate policy, network reliability and innovation management, the figures show. A total of nine telecom companies have been included in the global index. The results were announced on September 7.

“KPN has a huge impact on society. That’s why we have for years focused on reducing CO2 emissions and have become climate-neutral in 2015,” said Eelco Blok, CEO of KPN. “We also help customers bring down their own CO2 emissions, and we seek to contribute to solving social challenges with the help of our services.”

Since 2012 KPN has been present in the global index, which for investors is an important benchmark in the domain of sustainability. Additionally, KPN has been named “industry leader” for the first time, even as competition for a listing in the DJSI index has increased and despite the fact that Dow Jones raises the bar every year so as to ensure that companies continue developing in terms of sustainability.

“The DJSI evaluation is a reflection of the progress we are making in embedding sustainability in our company,” said Blok. “We are proud of this recognition and we will continue to improve so as to make the most positive possible impact on society.

“Take for example the program we have launched to make our company circular and our long-term energy targets which have been scientifically ratified,” Blok added. “We are also making advances in the healthcare sector and looking to bring benefits to society through our SMART city initiatives.”