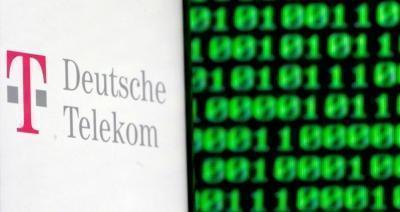 German telecoms giant Deutsche Telekom, which has a stake in Britain's BT, saw its profits fall for 2016, because of BT's loss in value after the Brexit vote. Deutsche Telekom's profits were down 18 percent to 2.67 billion euros ($2.8 billion), according to the company's results. This pales in comparison to analyst predictions of 4.54 billion euros.

Deutsche Telekom's 12 percent stake in BT was the main reason behind the company's 2.2 billion euro loss which was a "result of declines in the BT share price and in the pound sterling following the Brexit referendum," said Deutsche Telekom. Britain's June vote to leave the European Union affected the global markets sparking uncertainty.

Deutsche Telekom has insisted that the fall in profits won't affect its payout of shareholder dividends, which it plans to increase by 5 euro cents to 0.60 euros per share. Operating, or underlying profit at the group slightly outpaced its own forecasts, adding almost 8.0 percent to reach 21.4 billion euros.

Thanks to its American unit T-Mobile USA, Deutsche Telekom saw its revenues increase 5.6 percent in 2016 to over 73 billion euros - more than analysts predicted. The unit alone added 8.2 million customers last year in the teeth of a highly competitive and saturated US mobile phone market. T-Mobile USA's revenues grew 16 percent to $37.3 billion, while profits doubled to $1.5 billion.

However, in Europe, the company's revenues in Germany and the rest of the region fell as its fixed-line phone business continues to decline. Looking ahead to 2017, Deutsche Telekom aims to increase revenues to achieve an operating profit of around 22.2 billion euros -- 4.0 percent higher than 2016's figure.