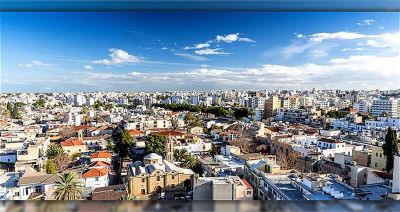 This move will allow residents of the island, from both the north and the south, to use their phones on either side of the island.

The UN-controlled buffer zone which lies in between the two sides has been permitted since 2003 which has made the use of mobile phones across the island possible. This move, which has been delayed for several years, is a UN-backed measure to rebuild confidence between the two rivals.

The move aimed to improve the “communication between the communities and bringing all Cypriots closer together,” read a statement by Greek Cypriot leader Nicos Anastasiades and Turkish Cypriot leader Mustafa Akinci.

The UN’s head of the peacekeeping force in Cyprus, Elizabeth Spehar, facilitated the call between the two opposition leaders and confirmed that it was “live and working”.

The leaders’ statement read, “The achievement of this confidence-building measure underlines the importance of dialogue, trust and cooperation between both sides.”

The leaders also discussed the prospect of meeting in the near future to evaluate the “current state of play on the Cyprus problem” and come up with other confidence-building measures.

The Cypriot divide dates back to 1974 when Turkish troops invaded and occupied a part of the island as a response to a coup sponsored by Greek-control junta miltary.

The last peacemaking effort done before this incident was back in July 2017 at a UN-backed Swiss summit.