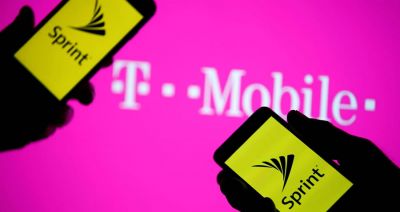 The 4Competititon Coalition, which is an organization that is comprised of companies and consumer groups have publicly opposed the deal and have argued that the pledge by the US operators to not raise tariffs for three years following the merger is riddled with loopholes that will actually allow companies to increase prices.

The US operators filed a new application to the US Federal Communications Commission (FCC) in which it attempted to try and dispel any fears that the deal would be bad one for consumers.

The filing read, “New T-Mobile will make available the same or better rate plans as those offered by T-Mobile or Sprint as of today’s date three years following the merger.”

In addition to this, both operators stated they would not object to the commitment being included as a formal condition for regulatory approval of their merger. T-Mobile and Sprint said the statement was intended to simplify the FCC’s review of the deal and remove any doubts, concerns or ambiguity about their post-merger plans.

However, despite the reassurance being offered by both T-Mobile US and Sprint, it has been rejected by 4Competition Coalition which described the pledge as an ‘empty promise’ that doesn’t provide any real price protection for consumers.

Notably, T-Mobile and Sprint’s commitment does not cover handset and other device costs, which can contribute significantly to monthly bills when users are on equipment instalment plans.

There is also a provision which notes legacy prices may be changed to pass along cost increases from taxes, fees and surcharges, and service charges from third-party partners.

Additionally, some third-party benefits may be modified or scrapped altogether based on changes to agreements with those vendors, though T-Mobile and Sprint said such changes are out of their control.