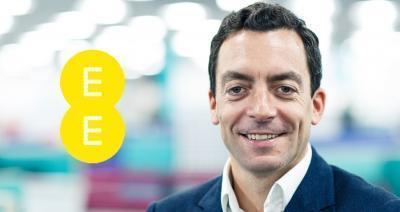 A CEO of the UK’s largest mobile network operator has devised and unveiled a four-point plan to counteract what he describes as ‘incorrect expectations’ set by the UK mobile industry around coverage. EE, a division of the BT group - are not only the largest mobile network operator in the UK with around 28 million customers – but they are also the largest operator of 4G services in Europe.

However, EE CEO, Marc Allera has outlined his action plan, and has furthermore said the standard metric for gauging the quality of a mobile network through population coverage ultimately set the wrong expectations.

The charismatic CEO said: “Population coverage has always been the standard metric for gauging the quality of a mobile network, but we need to change this with a greater focus on geography. We have become a little lazy. Population coverage figures set the wrong expectations.”

“There is now an assumption from customers that 95 percent population coverage means ubiquitous coverage but it’s only equivalent to 54 percent geographic coverage. The mismatch is particularly significant when the industry is moving towards connected cars.”

He also raised serious concerns over a process whereby network quality is still judged on voice and SMS – when it’s clear the demand for usage has dramatically switched towards data. He revealed that he has written to UK regulator Ofcom in which he highlighted his concerns – but also submitted a four point proposal to address the issues at hand.

Allera said: “My four points are as follows, firstly we want the industry to stop talking about population coverage in isolation – it’s misleading.”

“Secondly, the operators want the industry to provide regular updates of coverage at local level not just national figures and of data speeds too not just voice and text.”

“Thirdly we want to make Ofcom the home of independent monitoring and an accepted authority on coverage – and finally, the industry needs to explain to users that not all devices are adjusted for all spectrum bands, which impacts user experience.”

EE prides itself on being the market leader on coverage, so industry support for such a plan would be very much to its benefit.

The operator’s goal is to hit 95 percent geographic coverage by 2020. It is testing drones, balloons and satellites as it looks at the most cost.