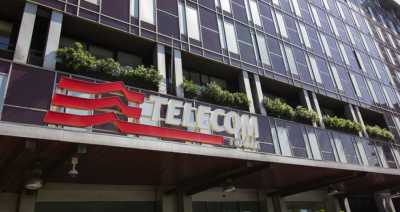 The CEO of Telecom Italia is set to accept a severance package rumored to be worth around €30m to pave the way for his imminent departure from the organization. Speculation has been rife for a number of months in relation to unrest between the CEO of the Italian incumbent Flavio Catteneo and its largest shareholder Vivendi.

It has emerged that Catteneo is expected to leave the Italian operator by mutual consent after negotiating the terms of the severance package. Vivendi which controls the operators board has been at loggerheads with the CEO for the past number of months, and a source close to Telecom Italia said the situation had become untenable for both parties, claiming ‘something had to give’.

Some shareholders have expressed their criticism to the amount the outgoing CEO will receive for his severance pay-off. However, the CEO was quick to defend the sum pointing out the list of successes he had delivered for the telecommunications colossus.

It has also been reported that Telecom Italia will hold a meeting of its Nomination of Remuneration Committee with only one item listed on the agenda, which is the examination of a proposal of mutual termination of the relationship of the company and Mr. Flavio Catteneo.

However, it was only a few weeks ago, a defiant Catteneo announced his intentions to remain on as CEO until the end of 2020, dispelling rumors he was set to quit the operator. Reports circulated that Vivendi had already lined-up a three-pronged leadership team to replace the CEO.

Tensions continued to soar, but the relationship completely broke down when it emerged that Vivendi planned to appoint its CCO Amos Genish as Telecom Italia’s new Managing Director in order to work alongside Catteneo.

The latest high-profile departure represents a recurring and worrying trend at Telecom Italia. Catteneo’s imminent exit means that the Italian telecommunications colossus will now have its third CEO in just two years. Marco Patuano left the firm in March, 2016, amidst reports of clashes with Vivendi. The French company which is the operator’s largest shareholder is increasingly attempting to extend its control on the operator.

Vivendi now is total control of both the Telecom Italia board and installed its own CEO Arnaud de Puyfontaine as the chairman of the operator earlier this year. In addition, the company gained permission from the European commission to assume control of the operator in May 2017.

However, the company’s progress has not gone unnoticed by Italy’s authorities. Italian regulator Agcom ordered Vivendi to cut its stake in either Telecom Italia or broadcast firm Mediatek in April, to meet stringent Italian media ownership rules. Vivendi is contesting the decision.