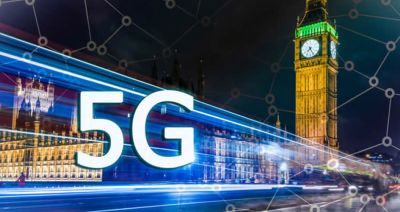 Europe’s leading cell carrier, EE, is bringing 5g service to sixteen cities in 2019. London, Cardiff, Edinburgh and Belfast are expected to be the first to receive the mobile service in its initial rollout phase. They are to focus on high volume centers such as Heathrow airport, Edinburgh Waverly train station, Hyde Park and the Welsh Assembly.

Manchester and Birmingham are scheduled to follow later in the year.

There are also plans to bring 5G to an additional 10 cities, including Glasgow, Newcastle, Liverpool, Leeds, Hull, Sheffield, Nottingham, Leicester, Coventry and Bristol throughout 2019. EE intends to upgrade 1,500 sites that are responsible for 25% of the cell traffic.

As part of its 5G plans, EE is launching 5G home broadband service, which looks set to bring high speeds to UK households via a specialized router and external antenna.

Other major European carriers such as Three UK and Vodafone are to also join them in launching mobile 5G.

Currently, none of the flagship phone models support 5G. However, cell manufacturers, such as Apple and Samsung, are working together to get ready for the transition.