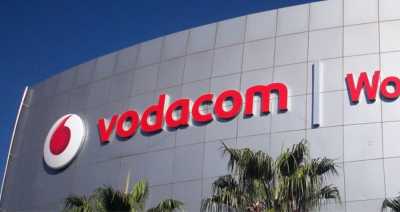 South African telecommunications firm Vodacom has been forced to delay its planned rollout of 4G services in some of the most rural and remote locations in the country - after it ran out of spectrum. The company’s CTO Andries Delport confirmed that the operator had exhausted its spectrum which subsequently limited urban availability of LTE-Advanced (LTE-A).

In addition to this, Vodacom’s CTO said that its rural 4G coverage initiative had reached 44% of the population, but due to the exhaustive demands on spectrum it was unable to expand its coverage further until more bandwidth is released by South Africa’s regulatory authorities.

Vodacom’s Head of Innovation, Jannie van Zyl echoed the sentiments of her colleague and stressed that the LTE-A rollout was also being constrained by the lack of spectrum assets available. It’s been a long-term problem in South Africa, with the country’s telecommunication operators long raising its displeasure with the slow release of the country’s airwaves, amidst internal squabbles and rows about how the spectrum should be allocated.

Vodacom’s CTO highlighted delays in clearing sub-900MHZ airwaves currently used for analogue broadcast. He believes that allowing access to the airwaves would dramatically quicken and increase the availability of 4G in rural areas.

However, clearing the band has been a long drawn-out process in South Africa, and operators have encountered red tape over the years. South Africa’s authorities were initially working to a deadline of January 2011 in relation to switching off analogue TV signals. The deadline has been moved several times in the years, with the move to digital only occurring in February 2016.

Delays in allocating new bandwidth for wireless services in South Africa has also been a long-standing problem. The Independent Communications Authority of South Africa came under intense pressure from operators and government departments over its long-awaited 4G auction. Despite pressure and criticism the process was also postponed from its initial date of January 2017, after a row broke out over communications in the country.

The South African government formally announced a shared network deal in an attempt to increase broadband coverage on a national basis. This would see an open access network created which any operator could access through wholesale agreements.