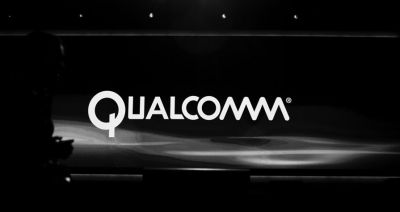 The US manufacturer of superchips that powers our smartphones has seen its shares plummet following an antitrust ruling.

Qualcomm has suffered a new blow after a US Federal judge ruled that it has ‘strangled competition’ for years at the expense of consumers and device makers. Qualcomm had vehemently rejected the assessment that it was anticompetitive in a lawsuit that was brought by the US Federal Trade Commission - but the damning verdict has hurt its financial coffers.

Shares in the US chipmaker sank by almost 8% in the opening trade on Wall Street after the courts had found that the company had violated antitrust law in a case that will have huge ramifications for the smartphone industry.

Judge Lucy H. Koh instructed Qualcomm to overhaul its pricing and sales practices, after finding it ‘engaged in anticompetitive conduct’ towards a string of key players such as Samsung, Sony and Huawei.

She described Qualcomm’s tactics as ‘abusive’ and predicted that it is likely to replicate its market dominance during the transition towards 5G, the next-generation of modem chips.

Its performance on the New York Stock Exchange is in stark contrast to when shares soared after reaching a settlement with Apple last month over royalty payments for chips used in smartphones, which was expected to generate a windfall of $4.5 billion.

But the 230-page ruling has showed the company violated the law by using "unfair methods of competition."

Qualcomm has declared that it will appeal the ruling and has expressed its dissatisfaction with the ruling.

Don Rosenberg, Qualcomm EVP and General Counsel said, “We strongly disagree with the judge's conclusions, her interpretation of the facts and her application of the law.”

John Bergmayer of the consumer group Public Knowledge said of the decision: "We congratulate the FTC on this important victory. Judge Koh's ruling shows that the FTC has the ability to bring, and win, important cases that protect American consumers."

The ruling marked the latest setback for Qualcomm which has faced antitrust litigation battles in Europe, South Korea and China.

Qualcomm's woes had appeared to ease earlier this month when it agreed with Apple after a protracted battle to settle all worldwide litigation in what had been a sprawling battle over royalty payments.