Uber reigns in ambitious valuation ahead of Wall Street debut 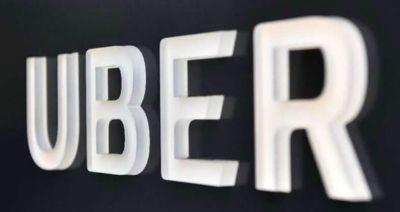 Global ride-hailing firm Uber has projected a more measured valuation ahead of its IPO debut on the New York Stock Exchange later this week.

The tech unicorn had initially claimed that its valuation would exceed $100bn. However, that figure has been subsequently revised and fiscal analysts are now giving Uber a market value of between $74bn and $84bn.

In a public statement, Uber which is headquartered in San Francisco, and said that it intended on selling 207 million shares in a range of $44 to $50 dollars which would raise $10 billion. It has been further disclosed that Uber will trade on the New York Stock Exchange under the ticker UBER, and its IPO is expected to be floated on Wall Street at the beginning of May.

Uber also announced a private placement of the tech finance firm PayPal of $500m. However, more pressing for its shareholders is its recent financial results which indicate a continuing decline in revenues.

In its financial filing for Q1 in 2019, the technology unicorn estimated that it lost $1.1bn on revenue of $3bn. Uber has expanded into food delivery and last mile transportation in an effort to solidify its position as the world’s largest ridesharing platform.

Uber is also investing aggressively into autonomous driving technology, and previously under the tutelage of former CEO Travis Kalanick expressed its desire that one day the company would be in a position to offer ‘self-driving taxis’ without drivers. It was embroiled in controversy in March of last year, when an Uber vehicle that was in pilot mode killed a pedestrian crossing a public road in Arizona.

However, it emerged that the technology was not at fault, and that it was driver error that was responsible for the tragic accident.

The IPO document said Uber aims to disrupt transportation by making it easier for consumers to move about without private cars.

Chief executive Dara Khosrowshahi, who took the helm in 2017, has promised greater transparency as he seeks to restore confidence in the global ridesharing leader hit by a wave of scandals over executive misconduct, a toxic work atmosphere and potentially unethical competitive practices.

Uber's filing also noted it is offering "driver appreciation" bonuses as part of the move to go public. It also said that US drivers who qualify would get awards ranging from $100 to $40,000 depending on the number of trips they completed. It said some 5.4 million shares, or three percent of the total, would also be reserved for eligible drivers at the offering price, if they choose to participate.