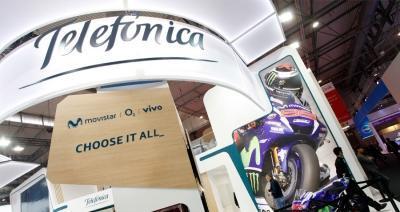 Spanish telecoms giant Telefónica confirmed it will be selling up to 40 percent of its infrastructure unit Telxius to US investment fund KKR for 1.27 billion euros ($1.35 billion). The company, which is burdened by heavy debt, failed last September to float the unit after not being able to attract enough demand for the share sale.

Telefónica said it will keep a majority stake and operational control of Telxius, which operates telecommunications towers and subsea fiber optic cables, and would continue to consolidate it into its accounts. The subsidiary manages 16,000 telecoms towers in five countries as well as 65,000 kilometers (40,000 miles) of submarine fiber optic cables.

Telefónica, under the agreement, will sell a 24.8 percent stake of Telxius to KKR for 790 million euros. KKR will then have the option to purchase an additional 15.2 percent stake in Telxius for at least 485 million euros. The transaction values Telxius at 3.2 billion euros or 12.75 euros per share.

KKR’s head of Spain, Jesus Olmos, said in a Telefónica statement: “The combination of Telefónica’s industrial expertise and KKR’s financial and operations support will help Telxius as it continues to scale and grow.”

Telefónica had asked for 12-15 euros per share for Telxius when it tried to float the unit last year but the offers it received were too low. The move seems to be the “most logical outcome given the great difficulties in finding investors for the subsidiary in the past, combined with Telefónica’s refusal to sell it at any price,” said Bankinter, a Spanish bank, in a research note.

Telefónica’s debt was at 49.9 billion euros at the end of October last year, according to an AFP report. Therefore, the company is eager for cash, hence the sale of its infrastructure subsidiary, and is also considering a possible listing of its British unit 02, after the European Commission blocked its sale to Hong Kong group Hutchison.