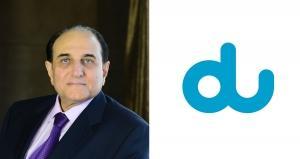 du has released its fifth Annual Sustainability Report in line with Global Reporting Initiative (GRI) G4 directives. 2015 has been a year of transformation and innovation, and du's efforts throughout the year have helped it pave the way towards a future that is not just smart, but also very sustainable.

The company's commitment to supporting the UAE leadership and its Vision 2021 is portrayed through the noted achievements towards quality Emiratisation, youth empowerment, education and environmental impact. Through its efforts, du exemplifies that it is more than just a telecommunications provider, but a responsible corporate citizen that creates value outside its core business that is in line with government objectives today and for future generations.

du was lauded for its sustainability efforts in 2015. The organization was awarded the H. H. Sheikh Mohammed Bin Rashid Al Maktoum Business Excellence Award (MRM Business Excellence Award), the highest level of recognition for business excellence in the UAE; the Gallup Great Workplace 2015 Award for the second consecutive year; the Dubai Chamber CSR Label for the third time, in recognition of du's commitment towards embedding sustainability within the business. du was also the first company globally to earn the Underwriters Laboratories (UL) Building Indoor Air Quality (IAQ) Certification, assuring exceptional indoor air quality for all its office buildings.

As a result of its continued efforts, du's Emiratisation program has encouraged the participation of Emirati youth from a grass roots level. du's Masar Graduate Trainee Program saw eight additional graduates join in 2015, bring the total graduate trainees to 40. Moreover, the staff turnover rate for Emirati employees was just 8%.

Furthermore, du has fostered the importance of encouraging entrepreneurship in the region in order to drive the economy from a grassroots level. du introduced its youth entrepreneurship program, the ‘Agent 055 Network' initiative to emphasize innovation, as well as diversification of revenue streams towards being a knowledge-based economy.

Environmentally, du undertook massive efforts to reduce its carbon foot print, by recycling and redistributing more than 320 tonnes of electronic waste. Moreover, the company increased its ratio of recycled paper for office consumption and encouraged a larger percentage of customers to use the e-billing service.

During Ramadan 2015, du had 3.5 times the number of volunteers than the previous year - a total of 981 of the UAE's residents, including popular social media influencers and corporate groups, contributed over 3,100 hours towards the community based initiative. In 2015, 1,296 du members of staff together with UAE residents contributed over 5,500 hours in a variety of volunteering initiatives.

du’s joint venture with Zero.1 to bring LiFi to the UAE comes to life 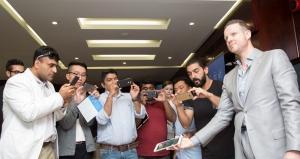 In 2015, UAE telecom operator du announced that it had successfully trialed a new connection technology that could offer download speeds of up to 1 gigabyte per second by means of a simple LED light bulb – a process called Light Fidelity (LiFi). The successful LiFi trial was only possible thanks to du’s partnership with Zero.1, a Dubai-based company with ambitions to bring LiFi technology to the UAE. Due to the success of the LiFi trial with du, Zero.1 recently announced that it had officially launched Light Fidelity in Dubai.

LiFi isn’t a common term in society just yet. In fact, it almost sounds like a direct competitor to WiFi. But according to Marc Fleschen, co-founder and chief executive officer of Zero.1, LiFi is a technology that will “complement” WiFi and was never meant to replace it.

The technology, which is set to be implemented in Dubai, fits right into the smart city vision of His Highness Sheikh Mohammed bin Rashid Al Maktoum, vice president and prime minister of the UAE and ruler of Dubai. It has the potential to change the way we work, play and manage our daily lives, providing endless possibilities for the Internet of Things (IoT). Zero.1 announced the successful launch of LiFi in Dubai on April 11.

LiFi as a concept was first unveiled by a man called Harold Haas from the University of Edinburgh in 2011. It is a simple and brilliant concept: wireless technology that transmits high-speed data using light as opposed to radio bands. LiFi’s reliance on light waves and existing LED bulbs make it significantly cheaper to operate than traditional WiFi networks, and further provides significantly higher speeds.

Tests conducted by researchers in Estonia in November 2015 achieved transmission speeds of 1GB per second over LiFi in real world conditions, with speeds of up to 224GB per second in laboratory conditions. The technology is on fast track to become a $113 billion industry by 2022, according to a recent article posted in Tweet Tech.

However, LiFi technology isn’t perfect. Due to its reliance on light waves, LiFi has had issues performing outdoors during daylight hours, and it also cannot travel through walls, which gives it much smaller range than that of WiFi. Then again, LiFi’s short range also makes it beneficial for secure communications, making it suitable for environments that need more security, such as hospitals, company headquarters and security agencies.

Any public or private lighting, including street lamps, can be used to provide LiFi hotspots and the same communications and sensor infrastructure can be used to monitor and control lighting and data. IoS and Android Smartphones can be connected directly using LiFi. Short range links give very high data-speeds and best possible data security. LiFi driven geo-localisation services allow users to benefit from on-the-spot location and services information.

Zero.1’s research and development team have created a platform of LiFi enabled LED with their IOTA (Intelligent Outdoor Tower Automation) product range, which takes the traditional LED street light and adds layers of communications to it. IOTA changes the way public spaces and resources are managed. Together with Zero1’s advanced City.1 software, it provides experiential and management solutions for public spaces, community places, industrial hubs and commercial plots.

With its combination of IOTA hardware, City.1 Software and Cloud services, Zero.1 will lead the commercialisation of LiFi technology in the UAE, with plans to also introduce it in other GCC countries soon. LiFi applications that will impact multiple sectors such as street lighting, retail, healthcare, education, museums, and large public venues are reportedly in the development stage and are planned to be strategically launched in 2016.

City.1 is a management software solution that works with IOTA. City.1 software bridges the gap between objects and people. With this communication tool, Smart City managers get more from their infrastructure and give more to citizens. The City.1 mobile application works on iOS and Android platforms. The IOTA Street light is embedded with the Cyrus card. Merged with Zero.1’s cloud platform, the city’s streetlight network becomes the centre of communication, between the city and its people, businesses and services to people, and people to people.

As well as expanding LiFi in the UAE, Marc Fleschen even mentioned plans that the company has in motion to bring LiFi to French Polynesia where Zero.1 is working with an operator there which plans to use Zero.1’s smart LiFi street lights to “expand their network and infrastructure.” Dubai was chosen to first introduce Zero.1’s LiFi technology because of the city’s progressive smart city goals and modern infrastructure.

The company is based in Dubai Silicon Oasis, in the DTEC building which is part of the Dubai Silicon Oasis Techno Hub. According to Fleschen, the area was chosen because of the smart city work that is going on in Silicon Oasis, where there is a Smart Park being implemented. “There are new projects there around smart cities, smart technology and IoT, making it a perfect place for us to implement our technology,” said Fleschen. “Du is working with Silicon Oasis on its smart city plan implementing new communication layers, so we have a common project together.”

"We are proud to say that in conjunction with our project partner du, we have been able to initiate the first demonstration of its kind in the Middle East,” Marc Fleschen further added at the press conference, speaking about Zero.1’s partnership with du. “Working with du we look forward to the roll-out of our LiFi applications in the Dubai ‘Smart City’ platform and the retail sector as the year unfolds. We’ve decided to work with du because they have a team in place that is a very good fit with us to be able to develop the technology and be able to implement it in an existing project,” Fleschen concluded.

The striking advantage of LiFi is that it can boost network speeds about 100 times faster than conventional WiFi systems available today. LiFi is the fastest and cheapest wireless communication system and is the optical version of WiFi. The technology can supposedly yield speeds more than 10 Gbps, allowing an HD film to be downloaded within 30 seconds. Every light source in homes and offices could potentially be a LiFi within 20 years. As a new technology to hit the scene, the future of LiFi is uncertain at this stage, but you can’t deny that it certainly looks bright.

du reduces roaming rates for all its customers throughout the GCC 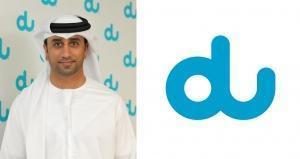 du will reduce its roaming rates in the GCC in line with the announcement made by the Gulf Cooperation Council's Secretariat General to reduce the roaming rates. Amongst du's lower rates, roaming customers will only be charged AED 0.95 per minute for all local calls made within the visited GCC country, AED 0.29 for all sent SMSes while roaming, whilst data roaming will only cost customers AED 4.77 per MB for both prepaid and postpaid customers. 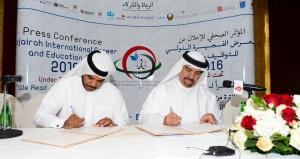 Employees of all Fujairah's government departments and their families will be privileged with world class voice and data services from du. As part of a recently signed Memorandum of Understanding (MoU) by His Excellency Mohammed Khalifa Al Zayoodi, director of the Human Resources Department in Fujairah, and Marwan Thani, vice president Government Sales at du. The telecommunication company will provide a host of telecommunications services to all Fujairah government entities based on their unique requirements, including national data plans and special rates on calling with the latest smartphones.