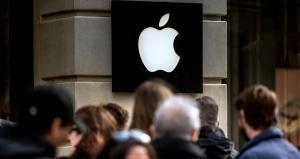 Apple reported on Tuesday, July 26, declines in every one of its major hardware businesses in the three months that ended in June. Industry analysts are questioning whether people have lost their affection for Apple, or if they are just waiting for the release of the new iPhones coming out in September. For whatever reason, it marks the second quarter in a row that sales have fallen for Apple as it struggles in a saturated U.S. market, making a gradual shift to services to drive the company’s profits.

Apple posted revenue of $42.4 billion, down 15 percent compared with the same quarter in 2015. The company experienced its first drop in sales in the quarter that ended in March this year, after spending the last five years as the world’s most valuable company. A New York Times report suggests that the introduction of the 4-inch iPhone SE released earlier this year may have contributed to Apple’s revenue and profit drop, because customers purchased the smaller and cheaper model instead of Apple’s larger, more expensive ones.

Ben Schachter, an analyst with Macquarie Securities, estimated that almost one-third of Apple’s quarterly profits came from services like App Store purchases, Apple Music subscriptions and the iCloud storage business. “Apple is moving from only iPhones matter to iPhones and services matter,” he said.

Apple is expected to release new models and upgrades to its iPhone software in September, which happens every two years. Because this is widely known, many customers don’t purchase a new iPhone in the months before a release because they want to see if the latest upgrades are worth investing in. Therefore, Apple’s drop in sales has been said to be related to this trend, since the company is currently at the end of its product cycle. Come this time next year, Apple could get a major boost to its sales, especially with the introduction of the iPhone 7.

But that’s just one of the issues Apple is facing. The most significant barrier preventing Apple from reaching higher sales is product saturation in the United States. Apple attempted to reach out to other large markets, such as India, but because the price of an iPhone is relatively steep, Indian consumers prefer to purchase cheaper options. Apple’s sales in China have also dropped 33 percent. Europe remains the most unscathed region for Apple, with just a 7 percent drop in sales.

On the bright side, Apple’s revenue decline wasn’t as bad as Wall Street has expected after the unoptimistic outlook Apple had laid out in March. Apple shares rose about 7 percent in after-hours trading, according to NY Times.

“The valuations had been driven down based on expectations of no growth,” said Walter Pieck, analyst with BTIG Research. “Now investors can start focusing on what they’re going to say in September about the new products.”

Luca Maestri, Apple’s chief financial officer, said during an interview that the company’s dope in sales seems worse than it actually is because Apple held back on shipments to retailers in China and other countries so that stores could clear out their existing stock to make way for new stock to be introduced later in the year. Because of this, Maestri pointed out that iPhone sales were down 8 percent.

Wall Street’s new prediction for Apple is that sales will pick up at the end of the year, meaning the next quarter will still be low, but the quarter after that will show more promising results. Apple CEO Tim Cook suggested that Apple TV could be the basis for substantial innovation. Apple is said to be increasing R&D spending, which is a sure sign of new products to come in down the line.

iPhone 7 could be released in early September, says tech watcher 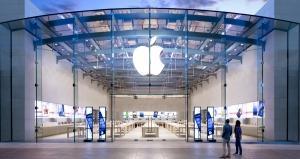 The highly anticipated iPhone 7 could be released as soon as early September this year. Prominent Apple reporter Evan Blass posted a Tweet on Saturday, July 23, saying the latest iPhone iteration will likely be released the week of September 12. However, Apple has not given any indication that it’s planning a launch event.

Rumors have surfaced that Apple is planning to release three different iPhone 7s. Leaked images depict a larger screen and higher storage capacity. What’s more, Apple Insider recently reported that at least one of the three phones is said to be a professional version. But Blass has dismissed the idea of Apple creating a ‘Pro’ version of the iPhone, adding that the company is likely to release two versions of its signature smartphone.

An early September release, according to analysts, could potentially boost Apple’s quarterly revenue, making it a highly likely time for release. In a recent research note, Mizuho Securities said: “In terms of outlook, we think there is downside risk to current September quarter revenue estimates but we also believe that it is largely expected at this point.” A boost for Apple would be beneficial, since the company has been hit by weakened Chinese demand.

“We note that it is hard to estimate September shipments as it is highly dependent on the timing of the iPhone 7 launch,” the firm added. Apple hasn’t responded to speculation about impending releases.