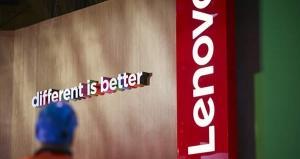 China’s Lenovo Group announced results on Thursday May 25, for its fourth fiscal quarter and full-year ended March 31, 2017. It was a year of significant transformation for Lenovo which made good progress in implementing and executing its new “three-wave strategy,” designed to meet the critical business challenges of today, while positioning the company for continued long-term profitable growth.

As part of Lenovo’s transformation, the company put in place an aggressive new end-to-end ownership model to manage each business differently, led by strong new leaders, and is seeing improvements as a result.

“Despite challenging market conditions, Lenovo saw revenue resume to growth in the fourth quarter, after five quarters of decline,” said Yang Yuanqing, Lenovo Chairman and CEO. “To drive further growth, we have clearly defined the three-wave strategy. We will maintain PC leadership in scale, profitability and innovation in the first wave, while building our second wave, mobile and data center businesses into growth engines. Simultaneously, we will execute our third wave of “Device + Cloud” and “Infrastructure + Cloud” to capture the opportunities brought by new technologies. With this new strategy, we are confident to achieve long term, sustainable growth.”

For Lenovo’s PC and Smart Devices (PCSD) business group, which includes PCs, tablets and smart devices, its quarterly sales were up 4.9 percent year-over-year to US$6.7 billion. Quarterly shipments grew one percent to 14.4 million, four points better than the overall market. Pre-tax income for the quarter was US$288 million, a decrease of 4.7 percent year-over-year.

For the full year ended March 31, 2017, Lenovo’s PCSD sales were down 2.3 percent, but beating the overall market, at US$30 billion. Shipments for the year beat the market significantly by 7.1 points, with 66.6 million, while pre-tax income margin stood at five percent, a slight increase year-over-year.

with total sales of US$1.7 billion. Fourth quarter smartphone shipments increased 17.4 percent to 11.3 million units outside China, beating the market significantly by 12.8 points. For the full year ended March 31, 2017, overall sales were down 5.4 percent and pre-tax income margin decreased 1.9 points outside China.

In Asia Pacific and Latin America, led by success in India and Brazil respectively, Lenovo’s mobile business continued to improve throughout the year. In Western Europe, shipments were up in France, Germany and the UK, while in North America, Lenovo’s channel expansion plans are on track. In China, Lenovo added new leadership, re-aligned its strategy and product portfolio, and cleared inventory to introduce a new product lineup.