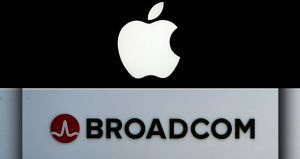 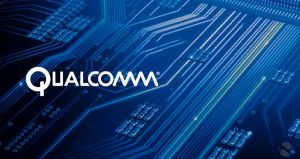 In a letter to stockholders ahead of its 2018 Annual Meeting of Stockholders to be held on March 6, Qualcomm highlighted details of a $1 billion strategy which aims to generate “significant value” for investors in the near term, in the wake of Broadcom making moves to acquire Qualcomm, which the company has labeled “opportunistic” and “aggressive”.

“Today we are executing a strategy that we are confident will continue to generate significant value for our stockholders in the near term with additional upside,” said the Qualcomm letter to stockholders. The company said it is committed to a $1 billion cost reduction program, and is also committed to creating value from its acquisition of NXP.

Qualcomm also said it expects to create value from resolving current licensing disputes, namely with Apple. “As is widely known, we are currently in litigation with Apple,” the letter reads. “What many stockholders do not realize is that we have binding long-term license agreements with Apple’s contract manufacturers. But Apple has required its contract manufacturers to cease paying us despite these existing binding contracts.”

Apple now continues to utilize Qualcomm’s intellectual property for its own profit without paying, the letter adds.  “In this litigation, Apple is seeking to avoid paying fair value for Qualcomm’s intellectual property, rejecting terms that are well established in the industry.  Apple has often used such litigation to try to renegotiate with its suppliers, and Qualcomm has taken legal action to enforce our contracts.”

Qualcomm also highlighted its leadership position in 5G, which is in the early stages of transforming multiple industries, including mobile, IoT, automotive and many others. This is why Broadcom’s acquisition bid was rejected, Qualcomm said, labeling it an “opportunistic” with a “highly uncertain – perhaps impossible – regulatory path to completion.”

The potential transaction would require clearance from at least a dozen antitrust regulators throughout the world, including the U.S., EU, China, Korea, Japan and others, as well as from national security agencies. Regulatory review would likely take at least 18 months to complete, and would likely require meaningful divestitures, ongoing restrictions on the combined entity’s conduct, potentially contradictory and irreconcilable demands from regulators, and the transaction could be blocked outright.

Qualcomm issued a statement on December 4 confirming the receipt of Broadcom’s nomination of a slate of candidates to replace Qualcomm’s existing Board of Directors at the company’s 2018 Annual Meeting of Stockholders. Qualcomm perceived the move as a “blatant attempt to seize control of the Qualcomm Board.”

Broadcom’s proposal was rejected by Qualcomm because it “dramatically undervalues Qualcomm and does not reflect our clear path to near term value,” the letter said. The move would also carry significant regulatory uncertainty, Qualcomm added, as well as giving “no value to the transformative opportunity in 5G.”

Qualcomm urges stakeholders in the letter to block Broadcom’s attempt to “capture, for itself, the value that rightly belongs” to investors. The company touted its position as 12-24 months ahead of its merchant competitors in the 5G space, as a result of “innovation and technological advancements.” A takeover by Broadcom, Qualcomm said, would bring “no value to the transformative 5G value creation opportunity that should play out as 5G is launched globally in 2019.”

Qualcomm’s strong position in 5G, coupled with its strength in connectivity, low power compute and security, has “positioned us for healthy long-term growth in areas such as mobile RF front end, IoT, automotive, computing and networking,” the letter adds. The opportunities, Qualcomm claims, represent a “serviceable addressable market” of $150 billion by 2020.

“We expect growth in these new areas to drive robust value creation for stockholders beyond 2019,” the letter reads. “We are demonstrating success in these areas with more than $3 billion in revenues in 2017, up 75% over the last two years.” 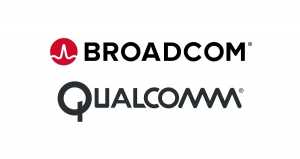 US semiconductor firm Broadcom has proposed to acquire all of the outstanding shares of Qualcomm for per share consideration of $70 in cash – a transaction valued at $130 billion. The proposal was made on Nov. 6, and represents a 28 percent premium over the closing price of Qualcomm common stock on Nov. 2, the last unaffected trading day prior to media speculation of a potential transaction.

The Broadcom proposal stands whether Qualcomm's pending acquisition of NXP is consummated on the currently disclosed terms of $110 per NXP share or the transaction is terminated. The proposed transaction is valued at approximately $130 billion on a pro forma basis, including $25 billion of net debt, giving effect to Qualcomm's pending acquisition of NXP on its currently disclosed terms.

The proposal comes after Qualcomm recently posted discouraging financial results which were negatively impacted by its ongoing dispute with Apple. Qualcomm reported revenues of $5.9 billion for Q4 2017 compared to $6.2 billion in Q4 2016 – a 5 percent drop. Qualcomm has been hit by antitrust fines, such as an $868 million fine imposed by the Korea Fair Trade Commission in the first quarter, and more.

“Our proposal provides Qualcomm stockholders with a substantial and immediate premium in cash for their shares, as well as the opportunity to participate in the upside potential of the combined company," said Hock Tan, President and Chief Executive Officer of Broadcom.

"This complementary transaction will position the combined company as a global communications leader with an impressive portfolio of technologies and products. We would not make this offer if we were not confident that our common global customers would embrace the proposed combination,” Tan added.

Qualcomm's cellular business is highly complementary to Broadcom's portfolio, and the combination will create a strong, global company with an impressive portfolio of technologies and products, the company said in a press release.

“Following the combination, Qualcomm will be best positioned to build on its legacy of innovation and invention,” said Tan. “Given the common strengths of our businesses and our shared heritage of, and continued focus on, technology innovation, we are confident we can quickly realize the benefits of this compelling transaction for all stakeholders. Importantly, we believe that Qualcomm and Broadcom employees will benefit from substantial opportunities for growth and development as part of a larger company.”

Broadcom's proposal was unanimously approved by the Board of Directors of Broadcom. Broadcom said it’s prepared to engage immediately in discussions with Qualcomm to work toward a mutually acceptable definitive agreement and said it’s ready to devote all necessary resources to finalize the necessary documentation on an expeditious basis.

Silver Lake Partners, which has served as a strategic partner to Broadcom in prior transactions, has provided Broadcom with a commitment letter for a $5 billion convertible debt financing in connection with the transaction. Broadcom expects that the proposed transaction would be completed within approximately 12 months following the signing of a definitive agreement.

“Given the complementary nature of our products, we are confident that any regulatory requirements necessary to complete a combination with Qualcomm will be met in a timely manner,” Krause added. “We look forward to engaging immediately in discussions with Qualcomm so that we can sign a definitive agreement and complete this transaction expeditiously.” 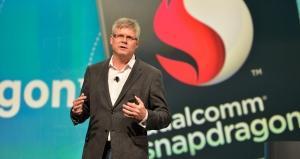 U.S. semiconductor maker Qualcomm recently announced a $47 billion mega-deal to buy Dutch rival NXP to extend its footprint into the Internet of Things and the automobile sector. A week later on November 2, chipmaker Broadcom announced a $5.9 billion deal to acquire computer network company Brocade Communications Systems, continuing the consolidation of the semiconductor industry.

Qualcomm’s announced purchase of NXP is said to be the biggest ever deal in the semiconductor market. The agreement, according to AFP, will give the company a much-needed boost due to falling mobile phone sales and stiff market competition. Eindhoven-based NXP is one of the leading manufacturers of chips for the auto industry, and also for contactless payment systems, hence Qualcomm’s interest in acquiring its assets.

Broadcom, which has operations in both California and Singapore, said in a released statement that it would hold on to Brocade's Fibre Channel SAN operations specializing in switches for high-speed networks and storage. Broadcom itself was acquired in 2015 by Singapore-based Avago Technologies in a $37 billion deal intended to create a mobile chip-making powerhouse. Avago was originally a semiconductor unit of U.S.-based Hewlett-Packard.

Broadcom reportedly plans to sell parts of Brocade. Chief executive Hock Tan said, “This strategic acquisition enhances Broadcom’s position. With deep expertise in mission-critical storage networking, Brocade increases our ability to address the evolving needs" of customers, Tan added. Broadcom's board has signed off on the Brocade acquisition, which was expected to close early next year.

The two latest billion dollar acquisitions made by Qualcomm and Broadcom represent an intense consolidation of the semiconductor industry. Leading industry players have been eager to increase in scale and scope to prevail in an increasingly competitive market where costs have risen while sales have declined.