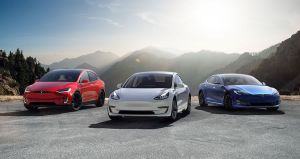 Tesla is planning to increase prices by 3% on all cars except for the new mid-market Model 3.

Recently, Tesla said it would close down several stores in order to pay for a cut in the price of the Model 3 in the US to USD $35,000. The amount of stores to be closed down were not previously specified but Tesla has said that it now plans to close down “about half as many” stores as it makes half the cost savings.

The car manufacturer stated that if more stores were to be kept open, then the prices of their vehicles would have to increase by an average of about 3% worldwide.

Tesla has 378 stores and service locations worldwide but did not identify which ones would be closed.

A company spokesperson stated: “Over the past two weeks we have been closely evaluating every single Tesla retail location, and we have decided to keep significantly more stores open than previously announced as we continue to evaluate them over the course of several months.”

Tesla is planning to conduct online purchases which they claimed would take just a few minutes. The company said that buyers in store will be shown how to buy a Tesla online through their smartphones. They previously stated that if online sales were to increase, it would cause prices to decrease by an average of 6%.

In an attempt to convince customers to purchase their cars online, they said that it had a “generous returns policy” whereby the customer will be able to return a car after 1,000 miles or within seven days. This has been done to significantly decrease the need for test drivers.

Tesla has also said that some of its recently closed stores that used to be in “high visibility locations” will be reopened but with smaller amounts of staff and less cars.

The previous year has been “the most challenging” year in Tesla’s history as a business. The company has been attempting to cut costs as much as possible. In January, they announced a 7% job cut, equating to 3,000 job cuts.

Back in January, company founder Elon Musk stated that the company’s cars were still “too expensive for most people”.

He has been subject to a great deal of controversy over his tweet. Last month, he was held in contempt of court upon the request of the US regulator, the Securities and Exchange Commission, for violating a settlement month which was aimed at limiting his usage of social media.

This issue is due to his previous tweets about the company’s financial situation and some tweets from august last year in which he claimed he secured funds to make the company private.

Mr Musk has until today to officially respond.