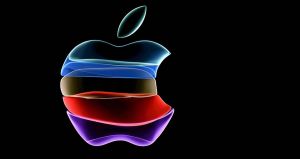 Apple has delivered record results for the final three months of last year, delivering gains in sales of iPhones even as the company transitions to digital services and wearables.

Net profit hit an all-time high of $22 billion on record quarterly revenue of $91.8 billion, the California tech giant said of the results which were far stronger than most analyst estimates.

Previously, Apple told investors that it expected revenue of “between $85.5 billion and $89.5 billion” in the quarter, along with “gross margin between 37.5 percent and 38.5 percent.”

"We are thrilled to report Apple's highest quarterly revenue ever, fueled by strong demand for our iPhone 11 and iPhone 11 Pro models, and all-time records for services and wearables," said Apple chief executive Tim Cook.

The results come with Apple seeking to shift its revenue mix amid a slumping smartphone market and growing competition in the segment, and relying more on services such as music, streaming television and other digital content.

Shares in Apple jumped two percent in after-market trades that followed release of the fiscal first-quarter earnings, extending a remarkable streak for the company. Shares have doubled from a year ago – lifting its valuation to more than $1.3 trillion.

The company has expanded its services with a streaming television offering, digital payments and wearable tech such as its AirPods and updated Apple Watch.

Analyst Yoram Wurmser of the research firm eMarketer welcomed "a strong quarter for Apple, primarily driven by strong sales of the iPhone 11 lineup."

Apple bought back $20 billion in shares during the quarter and paid some $3.5 billion in dividends as part of a stated mission to be "net cash neutral" some time in the future, Maestri said.

Apple has stopped reporting unit sales for the iPhone, which has been the main cash-generator for the company in recent years, but sales revenue for its smartphone sales was up nearly eight percent in the quarter at $55.9 billion.

Services revenue rose 17 percent from a year ago to $12.7 billion, driven by the launch of its Apple TV+ service and its new credit card.

The Apple TV+ on-demand streaming service launched in more than 100 countries at $4.99 per month, at a price lower than those offered by rivals such as Netflix.

For the category of wearables and home accessories -- including its HomePod speaker, Apple Watch and other gadgets -- revenue increased some 37 percent to $10 billion.

Apple forecast revenue between $63.0 billion and $67.0 billion in the current quarter. 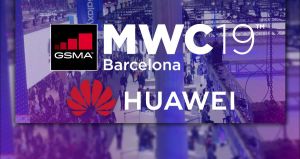 The governing body that represents the world’s mobile operators is expected to discuss the ongoing issue of Chinese telecommunications vendor Huawei at this month’s Mobile World Congress in Barcelona.

The GSMA has proposed to its members that they hold a discussion regarding the possibility of a blanket ban on Huawei from the majority of developed markets within the ICT ecosystem.  A number of leading operators have expressed their disapproval at the tactics being used against Huawei, with many feeling it is a politically motivated campaign being led by the United States.

There is also a general consensus amongst ICT stakeholders and major players that any ban on Huawei will significantly impact the rollout of 5G networks. Vodafone CEO Nick Read has already publicly stated that a ban could delay the commercial deployment of 5G in Europe by up to two years.

It has been reported that the GSMA Director-General Mats Granryd has written to its members about Huawei and has said the current situation involving the Chinese vendor should be part of its agenda on its next board meeting in Barcelona later this month.

The GSMA represents mobile operators globally, and united more than 750 operators with over 350 companies as part of a broader mobile ecosystem, which includes the handset and device manufacturers, equipment providers and internet companies.

Huawei has found itself at the centre of intense scrutiny from the US in recent months, and was just like week charged with a number of indictments related to intellectual property theft and fraud. Huawei has vehemently denied any wrongdoing and has accused the US of participating in an ‘immoral political campaign’.

Diplomatic tensions between Beijing and Washington are strained and officials from both countries are set to meet again later this week to resume trade talks.

However, this isn’t the first time the US has went after a high-profile Chinese telecommunications company. Huawei’s domestic rival ZTE was pushed to the brink of bankruptcy after draconian measures were imposed against them by the US Department of Commerce.

Huawei has been banned from any role in the rollout of 5G networks in Australia and New Zealand. The European Union has said it will look at the issues that have been alleged by the US.

Australian telco to commence 5G roll out in 2019 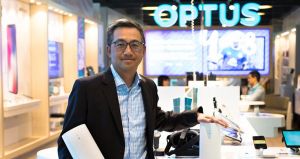 Australian telecom provider Optus has announced its intention to commence the roll out of 5G technology in Australia by early 2019 with a fixed wireless product in key metro areas. This announcement follows the launch of a successful outdoor trial for 5G New Radio, which showed 2Gbps download speeds using a potential device for a fixed wireless service in the home and business.

“People have been hearing about 5G for some time, and there is pent up expectation, but to date a lot of the talk has been highly theoretical,” said Optus Managing Director of Networks Dennis Wong.

“By successfully testing commercial grade customer equipment, we’re able to pave the way for Optus to begin testing 5G technologies from a consumer perspective,” he added. “We continue to be involved in the fine tuning of the customer equipment with our partner – Huawei, to ensure that the equipment meets the standards as they are being endorsed.”

Throughout the trial, both C-band and mmWave were incorporated as these are considered to be global pioneer bands for 5G, delivering the low latency and extreme speeds associated with 5G. C-band is within the same spectrum range of Optus’ 3.5GHz, which has been earmarked for 5G deployment.

“As we continue to develop Optus 5G technologies and prepare for deployment in 2019, it is also important to ensure people understand the capabilities it can offer, and how it is able to benefit their day-to-day lives” added Mr. Wong.

During the 2018 Gold Coast Commonwealth Games, Optus will be hosting a 5G technology showcase, allowing visitors the ability to experience what 5G will have to offer.  From being able to play sports real-time in virtual reality; to competing against machines in games, and to remotely controlling robots’ movements these use cases will provide a small glimpse into the capabilities of 5G and how it differs from current technologies.

Optus has been working towards the delivery of 5G technology since 2016, focusing on taking key technological evolutionary steps and working with global partners to ensure the correct foundations have been put in place for eventual roll out.

Throughout 2017, Optus achieved several key milestones, including the launch of 4.5G technology and a world-first trial of 3CC CA Massive MIMO technologies.

Additionally, Optus secured a variety of new metropolitan licenses for its customers in the 2300 MHz and 3500 MHz spectrum bands during recent Spectrum Auctions, further strengthening its spectrum holdings in the relevant fields for 5G technologies.

“Now 3GPP has finalized most parts of the world-wide standardization of 5G technologies, Optus can increase momentum and throughout 2018, Optus is going to lead the Australian market in the development and deployment of pre-5G and 5G technologies,” said Mr. Wong. 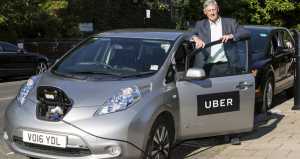