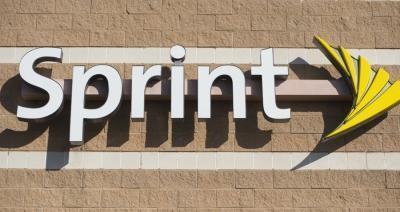 American rap superstar Jay-Z has failed to translate his star-power into market dominance for his music streaming platform Tidal. In a bid to breathe new life into the platform, Sprint, which is owned by Japan’s SoftBank, said it will purchase one-third of it. Sprint, which is the fourth-largest mobile operator in the U.S., plans to distribute Tidal content exclusives for its customers.

Sprint hasn’t disclosed how much it is paying for its stake in Tidal, but music industry magazine Billboard revealed that the 33 percent stake in the streaming platform was worth $200 million. The platform, released in March 2015 by stars such as Madonna and Coldplay, was originally designed to give control back to artists as the on-demand music streaming industry was growing rapidly.

Under the new deal, Jay-Z and other artists will remain in charge of Tidal and Sprint’s chief executive officer, veteran telecom entrepreneur Marcelo Claure, will sit on its board. In a statement Jay-Z said: “Sprint shares out view of revolutionizing the creative industry to allow artists to connect directly with their fans and reach their fullest, shared potential.”

The appeal of Tidal is that it provides original content and early releases from superstar artists including Jay-Z’s wife Beyonce and rapper Kanye West. It is the only platform to feature the late Prince’s catalog. However, Stockholm-based Spotify remains the most influential music streaming platform with over 40 million paying subscribers.

There is also fierce competition against Tidal from the likes of Apple which has launched its own music streaming service, which has become the world’s number two, but still has just around half the amount of paid subscribers that Spotify enjoys. Amazon is another competitor in the sector, which released its own streaming platform which caters to mainstream music as opposed to the hip clientele. France’s Seezer also holds a strong presence in Europe.

Tidal has marketed itself as the choice for audiophiles through higher-quality files than most rivals, but its premier service – at $19.99 a month in the United States – is twice as expensive. Jay-Z purchased Tidal in 2014 from Aspiro, a Norwegian company that is listed in Sweden, for $56 million. This means, in light of the figure reported for the Sprint deal, that he likely has come out well.

Tidal said in early 2016 that it had three million paying subscribers, although Norwegian business newspaper Dagens Naeringsliv recently alleged that the figure was inflated.