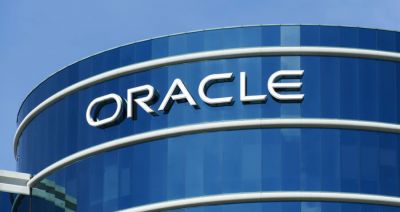 Software giant Oracle is weighing a bid to join Microsoft and Twitter in the race to acquire part of TikTok, it is reported.

Oracle is “seriously considering” buying TikTok US, Canada, Australia and New Zealand, according to the report.

The Financial Times sources added that ByteDance is also working with investment firms such as General Atlantic and Sequoia Capital to find a buyer.

The US government has ordered TikTok parent ByteDance to sell off its US operations within 90 days. Under the emergency order, the US government will also have the final say on who gets to buy the Chinese company’s operations

Chinese foreign ministry spokesman Zhao Lijian said TikTok had done everything required by the US, including hiring Americans as its top executives, hosting its servers in the US and making public its source code.

But the app has been "unable to escape the robbery through trickery undertaken by some people in the US based on bandit logic and political self-interest," Zhao said at a regular press conference.

TikTok separately announced an alliance with music distribution platform UnitedMasters, playing to budding artists and their fans despite US steps to bar the popular app.

The deal to integrate UnitedMasters into TikTok promised to build on a trend of the platform being a way for musicians to be discovered by posting short-clip videos.