US chip giant Intel to purchase Israel's Mobileye for $15 billion 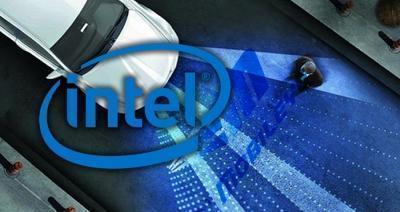 US computer chip giant Intel announced on March 13 its plans to purchase Israeli technology firm Mobileye for over $15 billion. The deal is the largest ever cross-border acquisition for an Israeli technology firm, according to Israeli media. The two firms have already collaborated with German automaker BMW to develop autonomous vehicles.

"The combination is expected to accelerate innovation for the automotive industry and position Intel as a leading technology provider in the fast-growing market for highly and fully autonomous vehicles," said a statement by the two companies which added that the deal was worth approximately $15.3 billion.

"Intel estimates the vehicle systems, data and services market opportunity to be up to $70 billion by 2030," the statement added.

BMW announced last year its plans to join with Mobileye and Intel on an autonomous vehicle project for "highly and fully automated driving" planning to go commercial by 2021. BMW said in January that it would deploy 40 self-driving cars for tests in the US and Europe.

In August, Mobileye and UK-based auto-equipment maker Delphi said they were teaming up to develop an autonomous driving system which would be ready for vehicle-makers in 2019. Mobileye, which also develops systems for accident avoidance, has concluded an agreement with Volkswagen on road data technology as well.