Deutsche Telekom’s profits up 9 percent thanks to US market 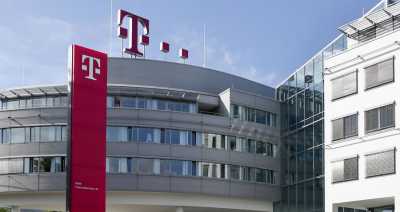 German telecom giant Deutsche Telekom posted quarterly results showing core profits up 9 percent thanks to strength in the United States and modest increases in its home market. The company moved up its 2017 outlook for core profit to around €22.3 billion ($26.4) from a previous 22.2 €billion.

T-Mobile US, the third largest mobile operator in the United States, contributed to Deutsche Telekom’s rise in profits, as it maintains a 64 percent stake in the company. T-Mobile recently said it added over a million customers for the 17th quarter in a row, boosting confidence for Deutsche Telekom.

The US operator is reportedly seeking a merger with the fourth ranked mobile operator in the country, Sprint Corp., in a deal that could dramatically alter the US telecommunications market into three huge players, including AT&T and Verizon. However, Sprint’s majority owner, Japan’s SoftBank, is also considering a merger with cable communications provider Charter, Reuters recently reported.

T-Mobile’s possible tie-up with Sprint has seen Deutsche Telekom’s stock rise and fall, gaining up to 12 percent in May when the speculation began, but then tumbling down 4.4 percent in the year to date after no deal emerged. Overall, the company’s revenue increased to €18.89 billion, topping the high end of forecasts by 10 analysts polled by Reuters.