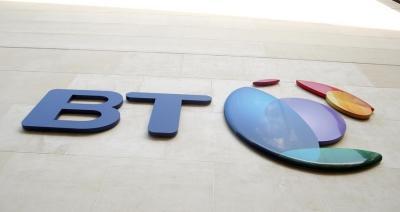 British telecom and TV group BT saw its shares drop on Tuesday, 24 January, after accounting regularities were reported in Italy. BT shares sank 20.06 percent to 305.90 pence in late afternoon on London’s rising stock market. The accounting errors were first revealed in October, estimating BT would take a hit of £145 million. That figure was raised to £530 million on Tuesday.

An independent review of BT’s Italian business found accounting irregularities and a “complex set of improper sales, purchase, factoring and leasing transaction,” BT said in a statement. The net result was there has been an overstatement of earnings at BT's Italian business over a number of years, leading to the upwards revision in the value of the write-down.

BT chief executive Gavin Patterson said, “We are deeply disappointed with the improper practices which we have found. We have undertaken extensive investigations, and are committed to ensuring the highest standards across the whole of BT for the benefit of our customers, shareholders, employees and all other stakeholders.”

The company is reportedly trying to determine how the £530 million impact should be reflected in its financial statements for current and previous periods. According to reports, BT expects the fiasco to result in a reduction in its third-quarter adjusted revenue and adjusted earnings of around £120 million.

In a statement the company noted, “The improper behavior in our Italian business is an extremely serious matter, and we have taken immediate steps to strengthen the financial processes and controls in that business. We suspended a number of BT Italy’s senior management team who have now left the business.” The statement added, “We have also appointed a new chief executive of BT Italy who will take charge on 1 February 2017.”

BT in Italy is represented by BT Italia, which is the second largest business telecommunication operator in the Italian market, controlling an 11 percent share.