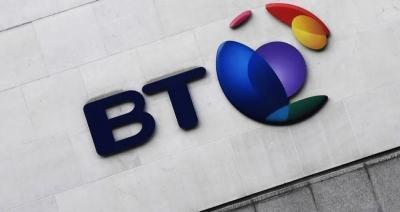 British telecoms giant BT has been fined 42 million pounds ($53 million) by the regulator Ofcom for failing to deliver on contracts with telecoms providers and also failing to pay the required level of compensation for delays in Ethernet installations. The error is estimated to cost the company around 300 million pounds in compensation, according to reports.

BT was supposed to pay compensation for delays outside its contracted Ethernet installation time of 30 working days, according to Ofcom’s regulations. There are circumstances where there could be logistical or technical issues with the installation, so the company could assume the customer agreed to an extension. But during its investigation, Ofcom found that BT had been abusing its extension clause to reduce compensation payouts.

BT was accused by Vodafone in 2015 of failing to meet its contractual compensation terms and late delivery of Ethernet services, and Ofcom launched an investigation into operations at BT’s Openreach operation.

“These high-speed lines are a vital part of this country’s digital backbone,” said Ofcom investigations director Gaucho Rasmussen. “Millions of people rely on BT’s network for the phone and broadband services they use every day. We found BT broke our rules to pay other telecoms companies proper compensation when these services were not provided on time. The size of our fine reflects how important these rules are to protect competition and, ultimately, consumers and businesses.”

BT has subsequently accepted the accusations and secured a 30 percent reduction in the amount for admitting full liability. BT has reportedly agreed to compensate all of the operators involved within 12 months.