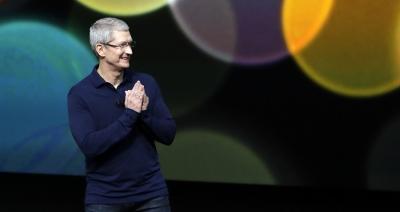 US technology leaders Apple have formally announced its intentions to create a fund of $1bn – which it will subsequently use to invest in US companies in order to boost job creation. Apple has further disclosed that it will invest the money in US companies that perform ‘advanced manufacturing’.

Apple, which is headquartered in Cupertino, California, will formally disclose the recipients of the first investment in May. It’s the conglomerates latest move to indicate its efforts to boost job creation in the US. In addition to this, Chief Executive Officer, Tim Cook spoke of how Apple would create additionally fund programs which would be specifically designed to teach people how to write computer coding to create new apps.

Apple have used the announcement to highlight how committed the organization is to job creation in the US. The tech colossus is the world’s largest company by market valuation, but it has been criticized for its fiscal policy. It keeps the majority of its cash stockpile in favorable tax systems in overseas markets. A whopping 93% of Apple’s $256.8bn in cash is held overseas to be exact. President Trump attacked the company during his campaign for manufacturing most of its products in China.

However, at Apple’s AGM in February, shareholders were told that the firm spent $50bn in 2016 with US suppliers such as 3M Co (MMM.N) and Corning Inc. (GLW.N), this was the first time Apple had officially disclosed the metric. Cook claimed that Apple has created 2 million jobs in the US, with 80,000 of those being created directly at Apple. The rest of the jobs have been created at suppliers and software developers for the company’s app ecosystem.

Analysts have suggested that Apple has made such a public vow in relation to its US presence – due to the fact lawmakers are currently considering a major tax proposal submitted by the Trump administration that would let Apple, along with other multinational conglomerates the opportunity to bring back accumulated profits from overseas at potentially lower tax-rates.

Apple’s CEO has conducted a number of meetings with lawmakers in Washington this year, in which the topics of tax policy and technology issues were discussed. Cook has confirmed that Apple will borrow cash from its US manufacturing fund – and added he was hopeful the Trump administration would address the repatriation issue. However, Cook did not guarantee that Apple would bring back its cash to the US market even if the tax proposal submitted by Trump is approved and amended by lawmakers.

"To invest in the United States, we have to borrow. This doesn't make sense on a broad basis. So I think the administration, you saw they're really getting this and want to bring this (cash) back. And I hope that comes to pass," Cook said in response to a question about tax reform.