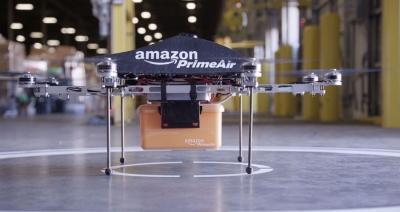 Seattle-based e-commerce giant Amazon says it will invest nearly $1.5 billion to build its first air freight hub in the United States, which it hopes will strengthen its distribution muscle and also create more US jobs. Amazon has been eager to decrease its reliance upon shipping companies such as UPS and FedEx.

The air freight hub for Amazon’s growing Prime Air cargo fleet will reportedly be built at an airport in Kentucky, adding more than 2,000 workers to the approximately 10,000 employees currently working at fulfillment centers in the state.

The Kentucky location was chosen because of its central location which is suitable for moving goods, according to Amazon senior vice president of worldwide operations, Dave Clark. Amazon hasn’t specified the exact amount of the air freight investment, but the local economic development organization placed the figure at $1.49 billion.

The company entered into agreements last year with two carriers for dedicated cargo planes to move goods around quickly in support of fast, free deliveries to customers who are members of a Prime subscription services. Sixteen aircraft are currently in service and more are expected to join soon. The Kentucky hub will be a beneficial location for Amazon stock to be unloaded and sorted.

Amazon has shown growing ambitions in cargo transport, driven by desire to better control its supply chain and costs. The company has invested in trailers for trucking goods between US warehouses. More than a year ago, it registered a subsidiary with the US Federal Maritime Commission as an ocean freight forwarder to contract shipments of goods by sea from China to US ports.