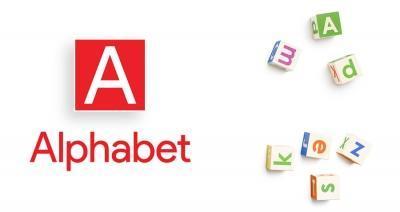 American multinational conglomerate Alphabet Inc., created in 2015 as the parent company of Google, recently released its Q1 financial results which have been hotly anticipated. It appears the company was able to generate high amounts of revenue despite losing a large amount of money due to riskier ventures under the Alphabet umbrella.

According to the results, Alphabet earned $20.3 billion in revenue which is a 17 percent increase Year-on-Year (YoY). In addition, the company earned a net income of $4.2 billion which is a 20 percent increase from earnings in Q1 2015. These are positive results for one of the biggest and most profitable companies in the world.

It was risky ventures that held Alphabet back from higher profits at the end of the day. ‘Other bets’ such as Verily, Google Fiber, Google X, Ventures, Nest, Calico and others led to an overall loss of $802 million during Q1 2016 for Alphabet Inc. Most of the company’s profits came from Google’s advertising business, earning $18 billion in revenue which is a 16 percent increase from Q1 results from 2015.

$2.1 billion of Alphabet Inc.’s Q1 revenue is attributed to Google Play and hardware sales, which was a 24 percent increase from Q1 2015. Some reports suggest that the successful launch of the Nexus 5X and the Nexus 6P helped to increase these figures, since these latest smartphone models from Google were received by the public much better than the Nexus 6 model released in 2015.

Because there wasn’t anything particularly interesting or groundbreaking about Alphabet’s Q1 financial results (which is arguably a good thing for the company), Alphabet CEO, Sundar Pichai, announced the launch of 360-degree live video on YouTube to give consumers and journalists something to get excited about.

YouTube’s 360-degree live video streaming is a feature which has the potential to boost YouTube’s popularity amongst users. No additional hardware is required to watch videos in 360-degree, and after the popularity of 360-degree videos on Facebook, YouTube’s adoption of the next-generation video format is expected to peak interest. Spatial hearing allows the user to listen to audio with difference in quality and experience of the audio output varying with depth and distance.

In addition to 360-degree live video streaming, Alphabet’s CEO has also highlighted the success that game developers are having with Google Play, with more games reaching the 1 million installations mark in 2015 than ever before. The future looks bright for Alphabet Inc., with steady revenue recordings for Q1 2016, and exciting developments on the way.