Accenture plan to boost US workforce by creating 15,000 jobs 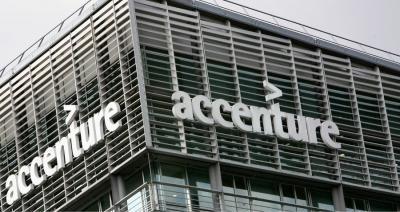 Accenture have disclosed its plans to create an additional 15,000 jobs over the next three years in the US. The technology consulting and services company announced that it will increase its American workforce by 30%. In a statement issued by Accenture they outlined plans to create 15,000 ‘highly skilled new jobs’ which would subsequently increase its overall workforce in the US to more than 65,000 by the end of 2020.

Accenture further disclosed its plans to create 10 new ‘innovation hubs’ and confirmed it will invest $1.4 billion in training employees in order to have ‘leading-edge capabilities’ for doing their jobs. Accenture chief executive, Julie Sweet said the announcement represented a key moment for the company. She said: “Today marks a key moment for Accenture to help our clients play an even bigger part in the nation's growth and innovation agenda.”

Accenture has been a leader in the outsourcing business, and the Accenture boss says the new innovation hubs will be designed to help create the next wave of competitiveness. Sweet added: “That will involve helping companies figure out how to use new technologies in a process of “continuous innovation.” That kind of work "requires proximity to clients,” which is why Accenture is creating the regional centers.

Accenture are the latest in a series of major companies to announce investments or job creation in the United States. It is a trend that has followed the election of US president Donald Trump whose presidential campaign was centered on the theme of job creation. Trump vowed to bring back domestic manufacturing and jobs if he was elected president.