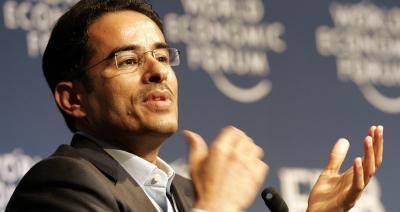 Dubai-based business tycoon Mohamed Alabbar, prominent in the real estate and property development industry of the United Arab Emirates and former director general of the Dubai Department of Economic Development, announced on November 13 the launch of a $1 billion regional e-commerce site in a joint venture with the Saudi sovereign wealth fund and other Gulf investors, called Noon.com.

The new site is expected to go online in January with 50 percent investment from the Kingdom’s Public Investment Fund and the rest from around 60 investors led by Alabbar, who currently leads the UAE’s real estate giant Emaar. Speaking at a press conference, Alabbar said distribution centers will be set up in the Saudi cities of Riyadh and Jeddah, as well as a large warehouse the size of 60 football stadiums in Dubai.

“We expect to become a world player but will concentrate firstly on Saudi Arabia and the United Arab Emirates,” said Alabbar. His company Emaar was behind the construction of the world’s tallest tower in Dubai – the Burj Khalifa. Eventually, Alabbar expects the online retail site to reach Egypt, the most populous Arab state, by the end of next year or in early 2018.

Bloomberg reported that Alabbar said Noon.com would be traded on stock markets after five to seven years. Alabbar has hopes to see the site become “the Amazon of the Middle East,” to compete against the region’s existing e-commerce site Souq.com which was launched in 2005. Noon plans to sell products including fashion, books, home and gardens, sports, electronics, health and beauty products, personal care, children’s items, and baby products.