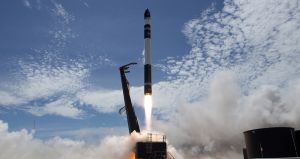 “Today marks the beginning of a new era in commercial access to space. We’re thrilled to reach this milestone so quickly after our first test launch,” said Rocket Lab CEO and founder from New Zealand Peter Beck. “Our incredibly dedicated and talented team has worked tirelessly to develop, build and launch Electron. I’m immensely proud of what they have achieved today.”

Beck added, “Reaching orbit on a second test flight is significant on its own, but successfully deploying customer payloads so early in a new rocket program is almost unprecedented. Rocket Lab was founded on the principal of opening access to space to better understand our planet and improve life on it. Today we took a significant step towards that.”

Unlike big companies like Elon Musk's Space X, which use government launch sites, Rocket Labs claims to be the first company to launch its own rocket from its own launch pad. There are reportedly similar plans afoot in Australia, with a launch site allocated in the Northern Territory and tests expected in a year.

In the coming weeks, Rocket Lab engineers will analyze the data from the launch to inform future launches. Rocket Lab currently has five Electron vehicles in production, with the next launch expected to take place in early 2018. At full production, Rocket Lab expects to launch more than 50 times a year, and is regulated to launch up to 120 times a year, more than any other commercial or government launch provider in history. 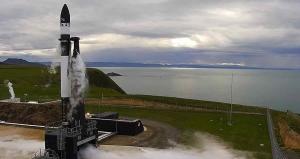 New Zealand has become the latest country to enter the space race, with Silicon Valley-funded company Rocket Lab on May 25 launching its battery-powered, 3-D printed rocket named Electron from the island nation’s remote Mahia Peninsula. Rocket Lab announced on Twitter, “Made it into space. Team delighted.”

The aim of Los Angeles and New Zealand-based Rocket Lab is to bring down the expensive logistical barriers of sending satellites into space and enable it to be a more regular occurrence. The firm spent the past four months preparing for the test launch and last week received permission to go ahead with the launch from the US Federal Aviation Administration which monitored the flight.

In a statement Rocket Lab founder and chief executive Peter Beck said, “Our focus with the Electron has been to develop a reliable launch vehicle that can be manufactured in high volumes. Our ultimate goal is to make space accessible by providing an unprecedented frequency of launch opportunities.”

To accommodate the launch and future ones, New Zealand set up new rocket legislation and a space agency. The nation could flourish as a low-cost space hub as skies in the US are often crowded and when a rocket is launched, ships and planes need to be re-routed; whereas New Zealand only has Antarctica to the south which positions it well to send satellites bound for a north-to-south orbit around the poles.

Rocket Lab joins around 30 companies and agencies worldwide that develop small satellite launchers as an alternative route from trying to secure a spot on a larger launch or pay around $50 million for a dedicated service. The company has already racked up $148 million in funding, according to a statement, and is valued in excess of $1 billion.

Customers of Rocket Lab include NASA, earth-imaging company Planet and startup firms Spire and Moon Express. Rocket Lab’s commercial operations are set to unfold at the beginning of next year after two more test trials this year.