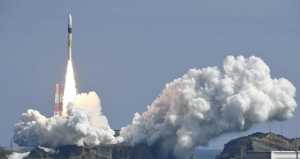 Japan launched its third geo-positioning satellite into space on August 19, bringing the country closer to its goal of implementing a global positioning system (GPS) like the United States, to provide information for auto-piloting and also national security purposes.

An H-2Q rocket carried a geo-positioning satellite into orbit after a week-long delay, Japan’s government said, due to a technical malfunction. More satellites will be launched by the end of the year, the government said, to begin providing accurate position information by April next year.

Japan’s minister in charge of space policy, Masaji Matsuyama, said in a statement, “With the success of the third satellite, we have made another step closer for having signals from four satellites in the future.”

Mitsubishi Electric Corp. manufactured the satellite and was sent to space by Mitsubishi Heavy Industries Ltd. The government has set a target for 2023 to increase the number of its geo-positioning satellites, to make its system independently operational in case the US GPS becomes unavailable for some reason.