SpaceX gets FCC license for one million satellite terminals 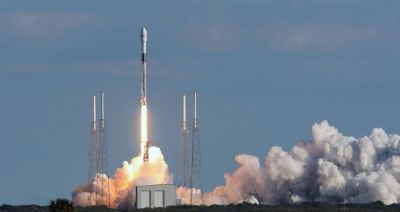 After months of consideration, the Federal Communications Commission (FCC) has finally granted SpaceX a license for up to a million terminals that would work on the ground with the company’s Starlink satellite constellation to deliver global broadband internet service.

The license, which runs until March 2035, permits Starlink to install the 48cm diameter dishes anywhere in the continental US, plus Alaska, Hawaii, Puerto Rico and the US Virgin Isles.

Unlike normal licenses, which specify very precise locations, the FCC has given SpaceX permission for “blanket earth stations”.

Word of the 15-year license’s approval came in a public notice issued by the FCC. SpaceX CEO Elon Musk has described the plug-and-point terminals, which are made in California, as looking like a “thin, flat, round UFO on a stick.”

The satellites, orbiting between 328km and 580km above the Earth’s surface, making the round-trip ground-satellite-ground latency around 30ms, will provide global coverage – meaning SpaceX will need to apply for licenses everywhere it plans to operate.

The company says: “Starlink is targeting service in the Northern US and Canada in 2020, rapidly expanding to near global coverage of the populated world by 2021.”

There are already 360 Starlink satellites in orbit, though it is unclear how many of that number have failed to work correctly. SpaceX is making them at a reported rate of six a day.