UK telecom operator Three recently announced that its customers will be able to use their phones abroad at no extra cost in a further two worldwide destinations – Singapore and Brazil - from June 15, bringing its total destinations to 60.

As the network continues its assault on “unfair roaming charges”, specifically in destinations outside the EU, these new destinations keep Three positioned as the global leader in mobile roaming.

Other networks are playing catch-up as EU regulations force them into freeing travelers from unfair roaming charges in Europe from June 15. Roaming charges are a “rip off” and Three continues to tackle the issue head on by opening up further global destinations to phone users at no extra cost and now covers 82% of total trips abroad worldwide.

Dave Dyson, Chief Executive at Three, said: “We are committed to unlocking unfair roaming charges for British travelers, not just in the EU but across the world. Our announcement today is testament to this, as we extend our popular “Feel At Home” service with two additional worldwide destinations, taking our total to 60 with 17 of those being outside of Europe.”

Three was the first network to scrap roaming charges back in 2013, allowing customers to use their allowances at no extra cost. Over time it’s continued to add more destinations to the list, not just across Europe, but also popular rest-of-world places, including the USA, Australia, New Zealand and Indonesia.

Dave Dyson continues: “We are doing this proactively for the benefit of our customers and not because regulators are forcing us to do it.  That’s what sets us apart and this approach means we will always be ahead of our competitors when it comes to fair overseas roaming.  I am proud that our customers can now use their phones as if they were in the UK in more than 80% of the destinations they travel to.  Our ambition is greater and we are moving quickly towards a goal of 100% of overseas travel, so our customers can stay connected and enjoy the freedom of using their phones whilst they’re abroad.”

The addition of Brazil and Singapore are in response to emerging and growing travel trends. Currently 450,000 Brits visit Singapore each year and, since the Olympics, more travelers are making the trip to Brazil, with nearly 200,000 visits in the last year alone.

Three has also significantly overhauled its latest international calling offering for Pay As You Go customers by making it just 3p a minute to call directly to both landline and mobile numbers in India, Pakistan, Bangladesh and China. By June, a further 16 countries will be added to this list.

In a further move to simplify things for customers, this new PAYG international calling service is available without the complexity of having to remember the country pre-fix dialing codes. So you can now simply phone the number abroad without any prefix whatsoever. 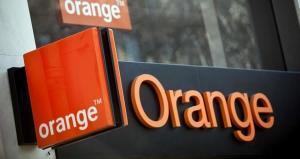 French telecom giant Orange has launched its brand in Liberia in West Africa. From now on, Cellcom Liberia becomes Orange Liberia. The acquisition of the Liberian operator Cellcom was finalized by Orange, through its subsidiary Orange Côte d’Ivoire, on 6 April 2016, allowing the Group to reinforce its presence in West Africa.

In line with its Essentials2020 strategic plan, Orange has built up a considerable presence in this region, which offers strong growth potential and is a strategic priority for the Group’s development.

Following this rebranding, Orange Liberia will join one of the world’s most powerful telecom brands and stands to benefit from being part of a large international group. Orange will work to further strengthen the operator’s established network and enhance customer service in Liberia.

With over 1.6 million customers at the end of February 2017, Orange Liberia is the leading mobile operator in Liberia in terms of customers. Founded in 2004, the mobile operator has been a driving force in democratizing access to telecommunication services across the country, despite difficult market conditions.

It has always been a precursor in terms of network deployment and in 2012 was the first operator in Liberia to launch 3G (HSPA+) services following by 4G-LTE services in 2016. Orange will pursue this strategy and will continue to invest in the development of its network where the company is already a market leader.

With a population of 4.6 million people and relatively low mobile penetration rate (70% of the population) the country has a high growth potential for Orange. To support this development, the Group will work to reinforce the quality of access in several areas:

“With this new presence in Liberia, Orange extends its footprint in West Africa. The launch of the Orange brand confirms our confidence in the country’s ongoing economic recovery and our commitment to bring all the benefits of new digital services to Liberians,” said Bruno Mettling, Deputy Chief Executive Officer of the Orange Group and Chairman and CEO of Orange Middle East and Africa.

Mamadou Coulibaly, CEO of Orange Liberia, added: “Even in 2017, an important part of the Liberian population is still waiting for basic telecom services. We will invest significantly in network roll-out across the entire country, develop e-recharge in order to ease the constraints of scratch-cards loading, launch Orange Money, a new robust platform to boost mobile banking services in the country. We will as well introduce new highly competitive offers and low cost Smartphones in order to boost digital inclusion. We intend to position Orange Liberia by 2020 as a true catalyst for the digitization of Liberian society”.

Orange is present in 21 countries in Africa and the Middle East, where it has more than 120 million customers. With 5.2 billion euros in revenues in 2016 (12% of the total), this region is a strategic priority for the Group. Orange Money, its flagship offer for money transfers and mobile financial services, is currently available in 17 countries and has more than 31 million customers. 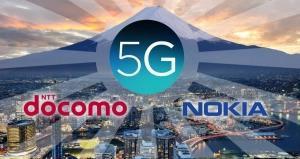 Nokia is working with Japan’s NTT DOCOMO to test applications using a 5G base station and the Intel® 5G Mobile Trial Platform end-user device. This demonstrates the potential of Nokia 5G FIRST to deliver enhanced broadband at vastly greater scale. A showcase at the 5G Tokyo Bay Summit 2017 will signal the start of 5G trials in the Tokyo area.

Nokia will develop the 5G ecosystem with leading Japanese operator NTT DOCOMO, INC. in Japan to prepare for the upcoming introduction of the next generation wireless network. The collaboration - which uses the Intel® 5G Mobile Trial Platform - will commence with the key interoperability testing of multi-vendor technology using the 4.5GHz frequency band.

"This trial is an important milestone for the development of 5G in Japan, which will be one of the first countries in the world to adopt the technology,” said Jae Won, head of Nokia Japan. “Furthermore, the initiative is an important step forward in our collaboration with NTT DOCOMO, as well as other key technology partners, as we develop a technology that will meet the ever-growing demands of huge numbers of people living in megacities."

5G will deliver high speeds and low latency in support of a new generation of broadband applications, meeting new requirements for connecting people and devices, especially in megacities such as Tokyo. Nokia will conduct trials of 5G technology with DOCOMO in the Tokyo metropolitan area throughout 2017, with particular focus on busy tourist, shopping and business locations as well as at key public events hosted by the operator.

"This is a vital first step to allow us to ensure that we have the 5G network infrastructure available for when we commercially introduce the technology, with an ecosystem of device vendors to offer our subscribers the best possible choice and highest quality,” said Seizo Onoe, Executive Vice President, Chief Technology Officer and Member of the Board of Directors of NTT DOCOMO.

The tests will use the Nokia 5G FIRST solution, incorporating the Nokia AirScale base station transmitting over a 5G radio interface to the Intel® 5G Mobile Trial Platform. The companies will test end-to-end applications over the air between the base station and the device on the 4.5GHz frequency band, which is one of the candidate bands for 5G in Japan. The Nokia 5G FIRST solution is based on early-adopters radio specifications that define a common interface to allow equipment from multiple vendors to connect over a 5G radio network.

"Intel believes key collaborations such as this one driving ecosystem partner trials and early deployments are critical to building successful 5G technologies and accelerating the vast benefits they will bring to users,” said Asha Keddy, vice president and general manager of Next Generation and Standards in the Communication and Devices Group at Intel. “We are excited to be part of this interoperability testing in Japan using the 4.5GHz radio spectrum as part of the 5G end-to-end solution."

Nokia is working with industry leaders around the globe to deliver a 5G infrastructure that will meet the massive broadband needs of a variety of industries and applications.