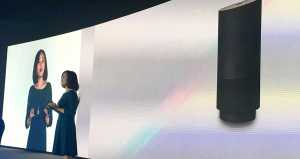 Alibaba’s voice assistant which will be a low-cost device has been named ‘The T-mall Genie’ after its e-commerce platform T-mall. It will retail at $73.42 which is significantly less than that of its US competitors Amazon and Google’s Alphabet which range between $120-$180 dollars.

The ‘smart home’ voice assistants are activated by voice commands to perform daily tasks such as searching for weather reports, changing music, using AI to control other ‘smart home’ devices. China’s top technology firms have all expressed their ambitions to become global leaders in relation to AI – which has been evidenced by companies like Amazon and Alibaba increasingly competing in the same markets.

China’s search engine colossus Baidu, has also invested heavily in emerging technologies, and recently announced its investment with the Chinese government for an artificial intelligence lab, whilst it recently launched its own device which was based on its own Siri-like ‘Duer OS system’.

Alibaba’s ‘T-mall Genie has been specifically programmed to use Mandarin as its language and will only be available in China. It is activated when a user recognized by the system utters the words ‘T-mall Genie’ in Chinese. In a demonstration which was streamed live, engineers ordered the device to perform a series of tasks such as order some Coco-Cola, play music, add credit to a phone and activate a smart humidifier and TV.

In addition to its foray into AI devices, Alibaba has continued to invest heavily in offline stores and big data capabilities in an effort to capitalize on the entire supply chain as part of its retail strategy. Analysts have claimed it has striking similarities to strategies already adopted by Amazon. 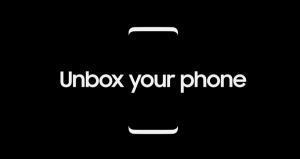 South Korean conglomerate Samsung have revealed that its latest flagship device the Galaxy S8 will contain its new AI-powered virtual assistant ‘Bixby’ – which is an indicative message of its intent to challenge its rivals which include Apple and Amazon. In a statement issued by Samsung’s EVP and head of R&D, InJong Rhee out months of speculation to bed by confirming that the Galaxy S8 will be equipped with a new digital voice assistant ‘Bixby’. Analysts have claimed that its shows the organization are placing a significant emphasis on AI. (Artificial Intelligence)

It has been leaked that the S8 will have a button dedicated to ‘Bixby’ which will be situated on the side of the device and it will be compatible with a set of preinstalled applications. The portfolio of apps will then be expanded over time, with plans to open up the feature to third party developers. The Samsung Galaxy S8 is expected to be officially launched on March 29th. Samsung has also insisted that their AI voice assistant will be different to those already commercially available in the market – Rhee stated that the ‘Bixby’ offers a deeper experience thanks to proficiency in three areas which are context awareness, completeness and cognitive tolerance.

Samsung elaborated on the three areas outlined, in relation to ‘completeness’ the application can support every task it is performing which is in contrast to rival assistants which only support a limited part of the experience. When it comes to ‘context awareness’ Bixby is able to understand the current context and state of the application and can subsequently enable users to continue the current work in progress on a continuous bases. Finally, the AI voice assistant will be ‘smart enough’ to be able to understand commands and will be able to execute those demands to the best of its knowledge the statement from Samsung reads.

Samsung EVP concluded by saying: “Starting with our smartphones, Bixby will be gradually applied to all our appliances. In the future you would be able to control your air conditioner or TV through Bixby -as the Bixby ecosystem grows, we believe Bixby will evolve from a smartphone interface to an interface for your life.”