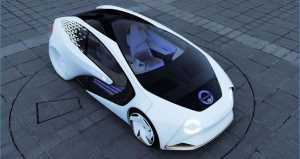 Japanese automotive manufacturer DENSO Corporation, along with Ericsson, Intel Corporation, Japanese telecom company NTT DOCOMO and Toyota announced that they have initiated the formation of the Automotive Edge Computing Consortium.

The objective of the consortium is to develop an ecosystem for connected cars to support emerging services such as intelligent driving, the creation of maps with real-time data and driving assistance based on cloud computing.

It is estimated that the data volume between vehicles and the cloud will reach 10 exabytes per month around 2025, approximately 10,000 times larger than the present volume. This expected increase will trigger the need for new architectures of network and computing infrastructure to support distributed resources and topology-aware storage capacity. The architectures will be compliant with applicable standards that require collaboration on a local and global scale.

The consortium will focus on increasing network capacity to accommodate automotive big data in a reasonable fashion between vehicles and the cloud by means of edge computing and more efficient network design.

It will define requirements and develop use cases for emerging mobile devices with a particular focus on the automotive industry, bringing them to standards bodies, industry consortiums and solution providers. The consortium will also encourage the development of best practices for the distributed and layered computing approach recommended by the members.

In the coming months, the aforementioned companies will initiate activities to invite relevant global technology leaders and expand the consortium. 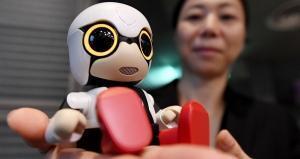 People in Japan will soon be able to verbally communicate with a “palm-sized robot” developed by Toyota when it goes on sale next year. The Kirobo Mini is a 10cm high robot designed to provide companionship, according to Toyota. It has the incredible ability to tailor conversations and include comments about journeys based on vehicle data.

Experts told the BBC that while the robot has childlike attributes, it’s not a realistic substitute for a child. “He wobbles a bit, and this is meant to emulate a seated baby, which hasn’t fully developed the skills to balance itself,” said Fuminori Kataoka, Kirobo Mini’s chief design engineer, speaking to Reuters. “This vulnerability is meant to invoke an emotional connection.”

Large bulbs on the robot resemble eyes, giving the impression of youth, which maybe appeal to young people, says Prof Dr. Kerstin Dautenhahn, from the school of computer science at the University of Hertfordshire. She told the BBC: “It reminded me of the Tamagotchi – the idea of having a cute little thing that is not necessarily giving you the impression that it is alive, but has these lifelike attributes.”

The Kirobo Mini is capable of engaging in “casual conversation” and can use gestures, facial expressions and blinking. It can also remember user preferences and previous happenings, such as likes and dislikes; and it can use data collected from connected devices in the home to generate comments – a symbol of the Internet of Things movement, where all things are connected.

The robot will sell for 39,800 yen, and there are no current plans yet to sell it outside of Japan. It is considerably cheaper than other humanoid robots such as Aldebaran’s ‘Pepper’, which cost 198,000 yen at launch.