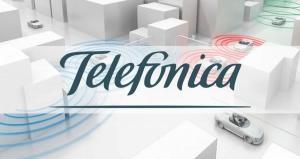 Telefónica announced its active participation in the 5G Automotive Association (5GAA). The company joins a group of other leading telecommunications and automotive companies with the objective of accelerating the penetration of mobility services such as connected and autonomous car and intelligent road infrastructures.

The association’s main activities include defining use cases, selecting technology and establishing a way ahead, initiating standardization, addressing specific needs of vehicle-to-x in terms of connectivity and leading innovation and development projects. Along with this initiative, Telefónica is also actively participating in the European Automotive-Telecom Alliance (EATA) which objective is to promote the wider deployment of connected and automated driving in Europe.

Dino Flore, General Director of the 5GAA, said: “We are very excited to have Telefónica as new member of 5GAA. Telefónica expertise and background will greatly benefit the association in its mission to define truly global, end-to-end connected mobility solutions.”

Telefónica has been working in the connected car space for several years now and has communications and IoT solutions deployed in a large number of vehicles in several countries around the globe.

Furthermore, the company, in cooperation with Ericsson, presented the world´s first 5G remote driving concept at MWC this year proving certain aspects of this technology, such as reliability, high speed and low latency, will transform the automotive industry.

As Vicente Muñoz, Telefonica´s Chief IoT Officer says: “We are delighted to join the 5GAA to bring all our efforts on the 5G technology to the automotive industry. We recently showcased our recent progress in 5G with our connected car demo at MWC in Barcelona and continue to work in this arena to make things move faster.”

5G will be available in more than 20 markets by 2021, according to analysts 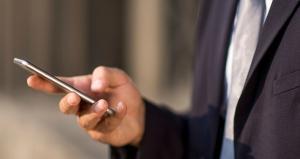 The use of mobile data has skyrocketed over the past five years. Research suggests that data usage in 2015 increased 74 percent, putting the overall figure at around 3.7 exabytes per month. Behind this growth is the explosion of streaming services, including audio and video, as well as the growing use of apps - all served by the expectation of having high-speed data at all times . 4G is the current global standard in developed markets for mobile broadband, but 5G, which will provide faster speeds and more capacity, is just around the corner, according to analysts.

A study led by chipset giant Qualcomm claims that by 2035, 5G's "full economic benefit should be realized across the globe," and could produce up to $13.3 trillion worth of goods and services. Overall, 5th Generation (5G) mobile networks are expected to handle much more data volume, connect many more devices, and significantly reduce latency, which will eventually bring new levels of reliability to users.

Qualcomm's study indicates that the 5G value chain itself is seen as generating up to $3.5 trillion in revenue in 2035 and could support 22 million jobs. The study further claims that, over time, 5G will boost real global GDP growth by $3 trillion dollars cumulatively from 2020 to 2035, roughly the equivalent of adding an economy the size of India. Tell this to the next person who asks you why 5G is such a big deal…

A report by the National Infrastructure Commission defines 5G as "seamless connectivity". 5G will be, "Ultra-fast, ultra-reliable," and have "ultra-high capacity transmitting at super low latency," says the report. "It will support the ever larger data requirements of the existing network and new applications from augmented reality to connected vehicles and the Internet of Things, and many more, as unknowable today as the 4G services we take for granted would have been a decade ago."

There are plenty of reasons to look forward to 5G deployment, but the question is: when can we expect to use it? In a 2016 post by analyst Mike Roberts, Practice Leader covering carrier strategy and technology at global technology research and advisory firm Ovum, he says it's likely that 5G commercial services will launch in 2020 and says there will be 24 million 5G subscriptions worldwide at the end of 2021 for fixed mobile and fixed broadband services.

Roberts says North America and Asia will each account for more than 40% of global 5G subscriptions at the end of 2021, which will be followed by Europe with more than 10 percent of subscriptions, and then the Middle East and Africa accounting for the rest.

Ovum estimates that 5G services will be available in over 20 markets worldwide by the end of 2021, with services in all four major world regions. However, the report indicates that the vast majority of 5G subscriptions will be concentrated in the US, Japan, China, and South Korea, where major operators have revealed aggressive timelines for launching 5G services.

Commercial 5G: A global race
US telecoms giant AT&T recently announced the cities where it will initiate its first 5G rollout campaigns. It will launch 5G in the US cities of Austin, Texas and Indianapolis, Indiana. The company has dubbed the high-speed network plans the ‘5G Evolution' and has indicated that it will we be able to provide staggering top speeds of up to 400Mbps - which, to put that into context, is around forty times faster than a standard cellular data connection.

Network upgrades could enable peak speeds of up to 1 gigabit per second in some areas this year, according to AT&T. The initial rollout is part of a much larger project initiative by the US's second-largest wireless carrier. Network 3.0 - or Indigo - is set to use software advancements to improve the performance of hardware; bringing upgrade costs down and speeds up without being required to make significant network infrastructure investments moving forward.

AT&T is racing against its top rival, Verizon, to deploy the first commercial 5G in the US. It was recently reported that Verizon is in the midst of launching ten 5G market trials across the country in both dense urban and suburban areas beyond its local exchange carrier footprint. Verizon CFO, Matt Ellis, said during a call with investors that Verizon's goal is to test 5G services in varying neighborhoods as it prepares for commercial launch.

Verizon released its own 5G specifications to vendors last summer, which it said was intended to assist vendors to develop interoperable 5G equipment for pre-standard testing and fabrication. The company has been trailing what it calls "wireless fiber".

Because 5G requires a strong fiber or microwave wireless component for backhaul traffic, Ellis noted that Verizon is excited about its acquisition of XO Communications, which it announced in February 2016. The strategy behind the deal is for Verizon to expand its metro and on-net fiber network using XO's fiber assets as well as lease XO's millimeter wave (mmWave) spectrum holdings with an option to buy those leases in 2018, according to reports.

Meanwhile, in the highly developed nation of South Korea, the government recently announced plans to expand the bandwidth allocated to 5G mobile services by next year, when the country will host the PyeongChang 2018 Winter Olympic Games.

The Ministry of Science, ICT and Future Planning will share bandwidth in the 1.3GHz range between the country's three mobile carriers, Korea Telecom (KT), SK Telecom and LG Uplus. South Korean ministry official Choi Young-hae said the ministry is forming a team to "work on allocating 5G bandwidth and come up with a detailed plan."

According to a report by South Korean news agency Yonhap, the plan was finalized during a government meeting presided over by minister Yoo Il-ho. The ministry did not specify how much bandwidth would be allocated for 5G applications in the 1.3GHz band. Spectrum in the 1.3GHz range does not appear to have been used for mobile telephony in the past - most services use 900MHz and below, and 1.7GHz and up. GPS satellites use 1.38105GHz.

The ministry said it had been in talks with South Korea's mobile carriers, as well as technology firms, including Samsung and LG, to draw up the plan aimed at taking the lead in 5G network technologies.

In China, the leading telecoms operator China Mobile, said in December last year that it will begin major trials for 5G in 2018, kicking off a new round of billions of dollars in new investment to usher in the high-speed communications era of the Internet of Things (IoT). The company said it will test the technology for about two years, with the target date of 2020 set for launching 5G commercial services, according to CEO Li Yue.

In the past, China has rolled out its newest generation of mobile networks about two to three years after its Western counterparts. Li said at an event discussing the rollout of 5G that the technology will "change the parameters for development in many industries."

Li added that the high-speed technology is optimized for IoT, a concept in which humans and smart devices use the internet to communicate with one another to perform tasks like switching on devices remotely. He also said the response time after inputting information is just 1 millisecond for 5G, compared with 20 milliseconds for current 4G networks and 100 to 150 milliseconds for 3G.

Working towards standardization
There are a number of operators that have announced plans to launch 5G services before 2020. However, these will not typically be based on networks and devices complying with 5G standards, and so are excluded from Ovum's forecasts, Mike Roberts' report says.

Ovum defines a 5G subscription as "an active connection to a 5G network via a 5G device". 5G is further defined as a system based on and complying with 3GPP 5G standards, beginning with parts of 3GPP Release 15 (the first set of 5G standards) which is scheduled to be finalized in 2018, ahead of early rollouts in 2020. But as of now, there's no single definition for 5G. This leads to a potential problem for both business and users.

"The main use case for 5G through 2021 will be enhanced mobile broadband services, although fixed broadband services will also be supported, especially in the US," says Roberts. "Over time 5G will support a host of use cases including Internet of Things and mission-critical communications, but Ovum does not believe those use cases will be supported by standardized 5G services through 2021."

In an effort to overcome these 5G issues - which mainly consist of incompatible hardware - various parties such as handset manufacturers, operators, vendors, and the 3GPP, are working together to make sure the arrival of 5G is seamless.

In addition, Audi, BMW, Daimler, Ericsson, Huawei, Intel, Nokia and Qualcomm announced in September last year the formation of the "5G Automotive Association" (5GAA) with the goal of addressing the issues around connected mobility and road safety in the IoT era.

Vodafone was the first to join the association - a move that showed how the company is stepping up activities in developing connected cars, following its announcement that it had begun testing LTE-V2X, a new technology for vehicle-to-vehicle communications.

Luke Ibbetson, Vodafone's head of R&D and technology strategy, who will join the 5GAA board, said the communication between vehicles, infrastructure and pedestrians using C-V2X (Cellular Vehicle-to-Everything) "will be fundamental to the creation of intelligent transport systems."