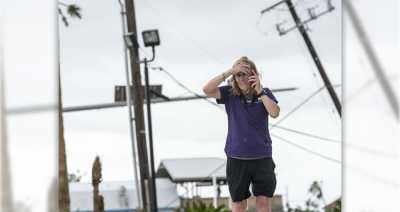 Two Texas counties – Aransas and Refugio – were left with more than 50 percent of cell sites down, as of August 28, after the US state was hit by Tropical Storm Harvey, according to a report on the status of communications services in geographic areas impacted by the storm, provided by the Federal Communications Commission (FCC).

55 counties on the coast of Texas and Louisiana were part of the “disaster area”. Texas’ coastline towns felt the brunt of the tropical storm as it swept in from the Gulf of Mexico. The FCC’s report said that 4.7 percent of the cell sites were down in the affected area, as of August 28, up from 4.1 percent the previous day. In addition, around 190,000 cable system and wireline subscribers were left without service in the affected area.

“To date, the storm has most severely impacted communications networks near where Harvey made landfall,” said FCC Chairman Ajit Pai in a release. “In Aransas, Calhoun, and Refugio Counties, for instance, most wireless cell sites are currently out of operation. We are also keeping close tabs on the effect that widespread flooding could have on communications networks in Harris County and surrounding areas in the hours and days to come.”

Mr. Pai said he was in contact with representatives from network operators in the affected areas to get first-hand assessments of the situation. He also emphasized that the FCC stands ready to help those affected.

“The worst of tragedies brings out the best in people,” Paid said. He praised broadcasters and other news outlets for playing a critical role in conveying emergency information, and in some cases, even coordinating live, on-air rescues. “Everyone who is pitching in deserves our gratitude and support,” Pai said. “We’re all in this together.”