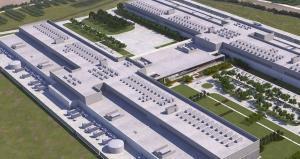 Facebook announced that it is building a ninth data center to be located in Papillion, Nebraska. It will be powered by 100% clean and renewable energy and will create thousands of jobs in the community over the next few years.

To grow the market for the clean energy they need, Facebook worked with the Omaha Public Power District to create a new renewable energy tariff (facebook.com/green) that will now be available to all companies.

Advanced data centers like this are basically giant machines that make up the technical infrastructure for the Facebook community. It takes a lot of computing power to support that community, so they are going to keep building new data centers around the world.