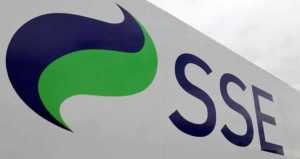 Following the terrorist attack that took place on June 3 in London, British Prime Minister Theresa May, called for tighter international regulations on cyberspace. Introducing new rules for cyberspace, she said, would “deprive the extremists of their space online.” May also insisted that technology companies are not doing enough to thwart terror groups online.

The Prime Minister spoke outside Downing Street Sunday morning, the day after the attack, addressing the nation after the chaotic event in which a van drove into crowds on London Bride before crashing near the southern end where suspects got out of the van and attacked people with knives. Ms. May said “enough is enough.”

“We cannot allow this ideology the safe space it needs to breed – yet that is precisely what the internet, and the big companies that provide internet-based services provide,” said Ms. May. “We need to work with allied democratic governments to reach international agreements to regulate cyberspace to prevent the spread of extremist and terrorism planning.”

May’s speech after the attack marks the first time she has publicly called for tighter internet regulations on cyberspace. It follows the introduction of the Investigatory Powers Act 2016 which increases the amount of surveillance allowed by spy agencies and the government over the internet.

Ms. May was behind implementation of the Act, which requires ISPs to maintain a list of every website visited by individuals for up to a year. It also allows for intelligence agencies to intercept online communications. For example, police can access the stored browsing history of an individual without first getting consent or a court order.

BT plans to lay off 4,000 jobs worldwide after ‘challenging’ year

Following a “challenging year,” British telecoms group BT says it plans to lay off 4,000 jobs worldwide in an effort to drive down costs after posting falling profits. The company will cut jobs across three divisions including global services, group functions, technology, services and operations, BT said in its annual results statement.

BT currently employs 102,500 staff around the world and operators in 180 countries. It will take a one-off restructuring charge of $388 million (357 million euros). The company saw its pre-tax profit fall by a fifth to £2.35 billion in the financial year to the end of March. It was hit by an Italian accounting scandal, troubles at its Openreach broadband unit, and challenging trade both in the UK and abroad.

“Technology trends mean that we are now less dependent on owning physical local network assets around the world, creating the opportunity to reposition Global Services as a more focused digital business,” said BT CEO Gavin Patterson, adding that the company was therefore restructuring its Global Services division and expanding its cost transformation program. “This will help offset market and regulatory pressures and create the capacity for future investment,” Patterson said.

Patterson did not receive his 2016/2017 bonus from BT’s remuneration committee which totaled £338,398, as a result of a string of issues. The company revealed in January news of an accounting scandal at its Italian division which cost the group £530 million. In addition, British regulator Ofcom hit BT with a bill of around £350 million in March, in fines and compensation following delays to high-speed cable installations by its Openreach broadband unit.

“The past year has been challenging,” said BT remuneration committee chairman Tony Ball. Unfortunately our performance has been significantly affected by the accounting irregularities in our Italian business, the issues that arose in Openreach… and the significant challenges we faced in the UK public sector and international corporate markets.”

The BT committee had made “a number of difficult decisions this year in light of these circumstances and exercised its discretion accordingly,” Ball said. Openreach maintains tens of millions of copper and fibre lines connecting telephone exchanges to homes and businesses across the UK. 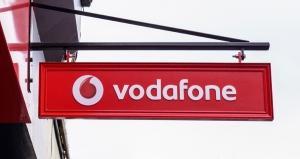 According to a statement by Ofcom, it had conducted two investigations into Vodafone which had failed to credit the accounts of 10,452 pay-as-you-go mobile customers in Britain, while also mishandling their complaints. This series of mishandlings took place over a 17 month period up to April 2015. During that time, the affected customers lost a combined £150,000.

Vodafone, based in London, expressed its “profound apologies” for the mishandlings. "We deeply regret these system and process failures,” the company said. “We are completely focused on serving our customers: everyone who works for us is expected to do their utmost to meet our customers' needs, day after day, and act quickly and efficiently if something goes wrong.”

"It is clear from Ofcom's findings that we did not do that often enough or well enough on a number of occasions. We offer our profound apologies to anyone affected by these errors." Britain's Vodafone is second only to China Mobile in terms of subscriber numbers around the world.