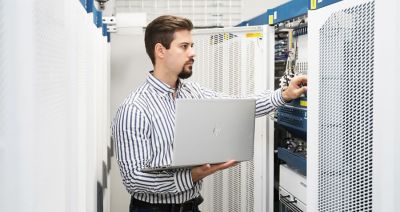 Deputy head of Moscow’s IT Department, Alexander Gorbatko, said at the Moscow Ubran Forum that a 5G demo center for testing promising technologies and city services will be set up in the city. The center will be accessible for both Russian and foreign companies.

The new laboratory will facilitate access to 5G technologies for entrepreneurs, create a local center of excellence, and help companies to find and retain specialists.

“This space will provide businesses with the opportunity to test new technology solutions and assess the merits of industrial application. The latest urban 5G technological solutions will also be tested at the demo-center,” said Gorbatko.

“The demo center will be open to major companies, as well as startups and research institutions. Access to the laboratories will be given to companies from different markets, not only the telecom sector. We are interested in finding joint business models for players in various markets - industry, medicine, transport, and other sectors of strategic importance to the city.”

The demo center will operate on the principles of vendor neutrality, openness towards business, info security and compatibility, and “patent and technological integrity” in regards to equipment.

The agreement with the participants in the new 5G demo center will be signed in the near future.

As announced earlier this year, by the end of 2019 four 5G pilot zones will be developed in Moscow. Each of the zones will be operated by one of Russia’s four major telecom providers. The zones include VDNH park, Skolkovo, Tverskaya street and Sparrow Hills.

The Department of Information Technologies in Moscow (DIT) has been rapidly developing and actively growing for the past 5 years. During these years they have created over a thousand systems and services and are pursuing their target of launching around 300 new projects annually. They have digitalized over 166 state services which is more than any other region of Russia. Throughout the past year, they have created 178 portals, including the official Mayor and Government of Moscow website. Their systems cover over 60 industries and penetrate into each aspect of Moscow citizens’ everyday lives.