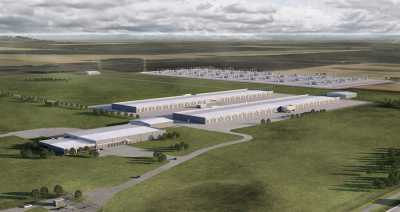 US technology colossus Apple is reportedly renegading on a previous commitment that they made to the Irish government on the construction of $1 billion data center in rural Ireland. Irish Taoiseach Leo Varadkar has publicly disclosed that Apple CEO Tim Cook will no longer commit to the ambitious project.

However, the Taoiseach stressed that Dublin would do everything necessary in order to keep the project alive and facilitate whatever Apple needs to see the data center constructed. Apple initially disclosed its intentions to erect the facility in a rural location in the West of Ireland in February 2015. Its decision to go to a rural location was to take advantage of green energy sources located nearby.

However, the project has been subject to lengthy delays due to a number of planning objections over the last two years, and now Apple is eyeing up other potential location for the construction of its new data center. Varadkar met Apple’s CEO, but admitted that Cook did not commit to the proceeding with the project.

The Taoiseach said, “We didn’t get a start date, or a definite commitment or anything like that, but I did stress to Apple that the government would do anything within our power to facilitate the resumption of the project.”

Ireland’s Prime Minister is currently touring the US meeting potential new investors. Ireland relies heavily on foreign multinational companies like Apple for the creation of one in every 10 jobs created across the economy and sees major investments such as data centers as a means of securing their presence in the country.

Apple declined to commit when pressed on whether they remained committed to the project. A similar Apple center which was announced at the same time in Denmark is set to begin operations later this year, whilst Apple also announced in July that it would build its second EU data center in the Nordic region.

The government has said it is considering amending its planning laws to include data centers as strategic infrastructure, thus allowing them to get through the planning process much more quickly. However, such legislation is expected to be met with opposition by those within parliament.

Ireland has a checkered history when it comes to planning permission and previous governments have been brought down due to shady financial agreements between developers and politicians. A change in legislation to facilitate Apple’s attempts to construct their data center is not likely to be well received by the general public still dismayed at the country’s refusal to accept an EU ruling that Apple owed the state €13 billion in unpaid taxes.