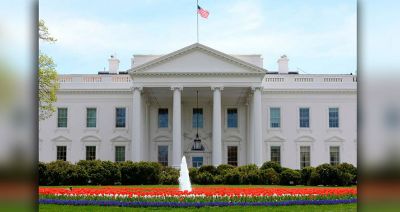 The Trump administration has left itself wide open to more criticism after it declined to join an international bid designed to stamp out and eradicate violent extremism online.

The ‘Christchurch call’ is a piece of legislation being spearheaded by New Zealand Prime Minister Jacinda Ardern and French premier Emmanuel Macron. The initiative has been named after the New Zealand city following the horrific terrorist attack carried out by a far-right gunman in March.

The deranged terrorist massacred 51 people in two mosques and disturbingly livestreamed the attack on Facebook. That has inevitably led to calls for Facebook to crackdown on this type of online extremist behavior.

The White House has declared that it supports the aims and objectives of the initiative, but insisted that it is not at this time in a positon to join the international campaign. The US is a capitalist country and believes that the private sector should regulate its own content. In addition to this, the first amendment which the country prides itself on is based around free speech.

In a statement White House officials said, “While the United States is not currently in a position to join the endorsement, we continue to support the overall goals reflected in the so-called Christchurch Call. We continue to be proactive in our efforts to counter terrorist content online while also continuing to respect freedom of expression and freedom of the press.”

It added that it is actively encouraging technology companies to enforce their terms of service and community standards that forbid the use of their platforms for terrorist purposes.

The statement concluded, "Further, we maintain that the best tool to defeat terrorist speech is productive speech and thus we emphasize the importance of promoting credible, alternative narratives as the primary means by which we can defeat terrorist messaging."