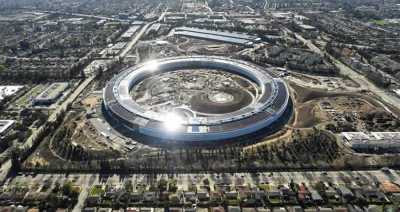 The United States is planning to increase its scrutiny of Chinese investment in Silicon Valley in an effort to protect what it describes as ‘sensitive technologies’ which are seen as vital to US national security. China has shown a particular interest in AI and machine learning and both technologies have received a significant amount of Chinese capital in recent years.

The US has expressed concern that the cutting-edge technologies being developed in the US could be used by China to bolster its own military capabilities. However, the US government has now taken steps to strengthen the role of the Committee on Foreign Investment in the US, which is the inter-agency committee that reviews foreign acquisitions of US companies on security grounds.

It has been disclosed that an unpublished Pentagon report has raised concerns that China is skirting with US oversight in relation to gaining access to sensitive technology through transactions that don’t currently trigger CFIUS review. A member of the Trump administration said they had the review CFIUS due to the ‘predatory practices’ of China. The official who was not granted authority to speak said, “We're examining CFIUS to look at the long-term health and security of the U.S. economy, given China's predatory practices in technology.”

Under the administration of former US president Barack Obama – CFIUS prevented a number of attempted Chinese acquisitions of high-end chip makers. One Republican in the senate, John Cornyn, is currently drafting legislation which would enable the CFIUS to have much more power to block technology investments it expresses concern about.

A spokesman for the Senator said, “Artificial intelligence is one of many leading-edge technologies that China seeks, and that has potential military applications. These technologies are so new that our export control system has not yet figured out how to cover them, which is part of the reason they are slipping through the gaps in the existing safeguards.”

It is believed one of the most contentious issues over Chinese investment in advanced technology comes at a time when the US military looks to incorporate elements of AI and machine learning into its drone program. The program which has been entitled ‘Project Maven’ has been specifically designed to provide relief to military analysts who are part of the war against Islamic State.  Analysts currently have to endure spending long hours staring at big screens reviewing video feeds from drones as part of its attempts to snuff out the threat of insurgents in war-torn places such as Iraq and Afghanistan.

China has made no attempts to hide its ambition to become a major player in developing technologies such as AI, through a series of foreign acquisitions. In March, China search engine colossus Baidu Inc. launched an AI in conjunction with China’s state planner the National Development and Reform Commission. On example of this was Baidu’s decision in April to acquire U.S. computer vision firm xPerception, which makes vision perception software and hardware with applications in robotics and virtual reality. “China is investing massively in this space," said Peter Singer, an expert on robotic warfare at the New America Foundation.