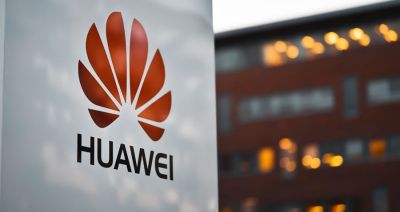 The Trump administration announced it will further tighten restrictions on Huawei, aimed at cracking down on its access to commercially available chips.

A Commerce Department statement added 38 Huawei affiliates around the world to the "entity list," claiming that the company was using international subsidiaries to circumvent the sanctions which prevent export of US-based technology.

Ramped-up US restrictions are likely to cut off the Chinese smartphone maker’s access to even off-the-shelf chips and disrupt the global tech supply chain once again, executives and experts cautioned.

“It will have a huge impact,” said Gu Wenjun, chief analyst at Shanghai-based consultancy ICWise, referring to tighter U.S. curbs. “It will throw off Huawei’s plans to obtain chips by purchasing them externally, rather than relying on HiSilicon.”

Commerce Secretary Wilbur Ross said Huawei and its affiliates "have worked through third parties to harness US technology in a manner that undermines US national security and foreign policy interests."

US officials have argued Huawei poses a security risk because of its links to the Beijing government, a claim denied by the company.

The toughening of sanctions comes amid heightened US-China tensions and claims by Washington that Chinese firms are being used for spying, despite repeated denials.

President Donald Trump has also sought to ban the wildly popular mobile application TikTok if it is not divested by its Chinese parent firm ByteDance.

The Trump administration has banned Huawei from 5G wireless networks in the United States and has pressed allies to do the same.

In the meantime, Huawei became the largest global smartphone manufacturer in the past quarter, largely due to sales in the Chinese market, even as Washington moves to deny the company access to much of the Google Android system.

Secretary of State Mike Pompeo said in a separate statement that the Trump Administration "sees Huawei for what it is – an arm of the Chinese Communist Party's surveillance state."

Pompeo said the new sanctions were imposed "to protect US national security, our citizens' privacy, and the integrity of our 5G infrastructure from Beijing's malign influence."

The order blocks any of the companies from acquiring US-based software or technology used in products or components.

US officials said there would be no further extensions for the sanctions waivers from the Commerce Department which had been allowed to minimize disruptions.

The Semiconductor Industry Association said that “these broad restrictions on commercial chip sales will bring significant disruption to the U.S. semiconductor industry.”

“We are surprised and concerned by the administration’s sudden shift from its prior support of a more narrow approach intended to achieve stated national security goals while limiting harm to US companies,” the association said.