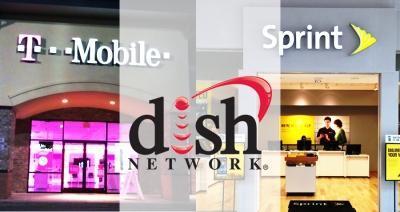 The US Federal Communications Commission (FCC) is set to lift a ban on telecommunications companies engaging in merger discussions. Since the FCC announced its plan, Wall Street has predicted that T-Mobile US, Sprint, and Dish will be the first companies to engage in merger talks.

Shares of these companies have risen over the past 12 months on expectations of deal discussions. Each firm is trading at up to 31 times forward earnings, in contrast to the S&P 500 telecom services index’s 18 times.

However, analysts have suggested that the rich valuation of these companies could deter potential acquirers who will have to assume the risk that antitrust regulators may look suspiciously at more consolidation in the telecoms sector after so many mergers in recent years.

Craig Moffett, an analyst at MoffettNathanson, says it seems as though “valuations have already jumped to a near certainty a deal will be announced and approved.” You have to ask yourself, he says, “whether T-Mobile is going to be as eager to do a deal as Sprint.”

Both T-Mobile and Sprint, who have seen their shares rise significantly the past 12 months (142 percent for Sprint and 65 percent for T-Mobile), have declined to comment on whether or not they will pursue merger deals or how valuation considerations could be a major factor.

There has long been talk of a potential merger deal between Sprint and T-Mobile – the third and fourth largest US wireless service providers. Investors have predicted cost cuts and other synergies in the range of $6 billion to $10 billion.

According to a report by Reuters, SoftBank, the controlling shareholder of Sprint, was positioning itself for talks with T-Mobile’s top shareholder, Deutsche Telekom AG, once a US government auction of spectrum ended. The companies that participated in the auction last May were banned from engaging in merger discussions.

Following the end of the auction, the FCC now plans to lift the ban on April 27, when down payments are due from the auction winners. The fact that T-Mobile and satellite provider Dish won the bulk of the auctioned spectrum makes them more appealing merger targets, according to analysts. T-Mobile now has more leverage to improve its network and support unlimited data packages for customers. The company’s financial results have also improved since it last held merger talks with Sprint in 2014.